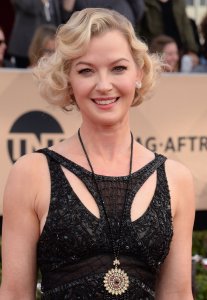 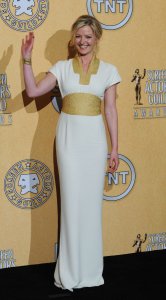 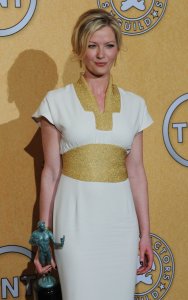 TV // 1 year ago
'Twilight Zone' Season 2 to premiere June 25
Season 2 of the science-fiction anthology series "The Twilight Zone" is set to debut on CBS All Access June 25.

Entertainment News // 3 years ago
Syfy orders 'Nightflyers' series by George R.R. Martin
Syfy officially officials has ordered a series based on the novella titled Nightflyers by George R.R. Martine, the creator of the {i:Game of Thrones}.
TV // 1 decade ago
Mol gives birth to second child
Gretchen Mol's publicist says the U.S. actress has given birth to her second child, a daughter.
Entertainment News // 1 decade ago
'Life on Mars' to wrap up next month
The series finale of the 1970s-set, sci-fi New York cop drama "Life on Mars" is scheduled to air next month, ABC announced.
Entertainment News // 1 decade ago
Production begins on 'Mars'
Production on the U.S. version of the British drama series, "Life on Mars," has begun in New York, ABC announced Tuesday.

Gretchen Mol (born November 8, 1972) is an American actress and former model. She is known for her roles in films like Rounders, Celebrity, 3:10 to Yuma or The Notorious Bettie Page, where she played the title character. She was recently seen as Gillian Darmody in HBO's Boardwalk Empire.

Mol was born in Deep River, Connecticut, where her mother, Janet, is an artist and teacher and her father is a school teacher at RHAM. She went to high school with Broadway actor Peter Lockyer, with whom she performed in school musicals and plays. Her brother, Jim Mol, is a director and editor in the film industry. Mol attended The American Musical and Dramatic Academy and graduated from the William Esper Studio. After summer stock in Vermont, she took a job for a while as an usher at Angelika Film Center. She was living in a Hell's Kitchen walk-up when she was noticed by a talent agent who spotted her working as a hat check girl at Michael's Restaurant in New York.

Mol's acting career began in summer stock theatre in Vermont where she played a variety of roles including Godspell and 110 In The Shade. She played Jenny in Neil LaBute's The Shape of Things on stage in both London and New York in 2001, in a role she reprised in the film version, released in 2003. The New York Times critic Ben Brantley, in his review of the play (which he disliked), wrote, " gives by far the most persuasive performance as the unworldly Jenny, and you wind up feeling for her disproportionately, only because she seems to be entirely there, in the present tense". In 2004, Mol spent a year singing and dancing as Roxie in the Broadway production of Chicago.

FULL ARTICLE AT WIKIPEDIA.ORG
This article is licensed under the GNU Free Documentation License.
It uses material from the Wikipedia article "Gretchen Mol."
Back to Article
/