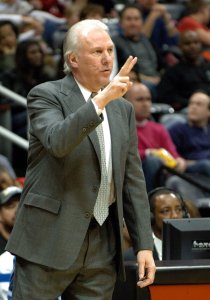 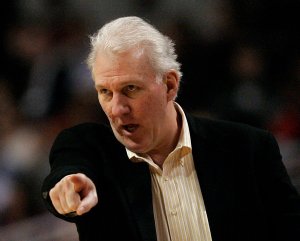 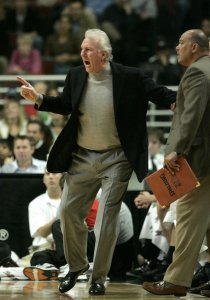 NBA // 3 months ago
NBA's plans for older coaches on bench in limbo amid pandemic precautions
NBA Commissioner Adam Silver said older coaches in the league could be prohibited from sitting on the bench at games when the league returns from a coronavirus-related suspension, due to safety precautions. 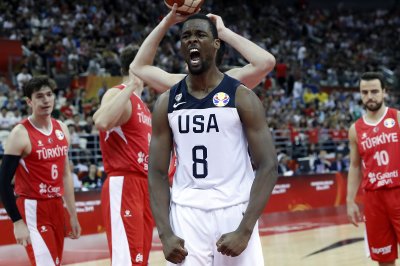 Tim Duncan is a fantastic competitor, as we all know

Gregg Popovich (born January 28, 1949) is an American basketball coach, and is currently the head coach of the National Basketball Association's San Antonio Spurs. He is often referred to as "Coach Pop" or simply "Pop."

Popovich, whose father was of Serbian and mother of Croatian descent, was born in East Chicago, Indiana, went to High School at Merrillville High School and was graduated in 1970 from the United States Air Force Academy. He played basketball for four seasons at the Academy, and in his senior year was the team captain and the leading scorer. He graduated with his bachelors degree in Soviet Studies, and he underwent Air Force intelligence gathering and processing training. He even considered a career with the Central Intelligence Agency.

Popovich next served his required five years of active duty in the United States Air Force, during which he toured eastern Europe and the Soviet Union with the U.S. Armed Forces Basketball Team. In 1972, he was selected as the Captain of the Armed Forces Team, which won the Amateur Athletic Union (AAU) championship. This earned him an invitation to the 1972 U.S. Olympic Basketball Team trials

FULL ARTICLE AT WIKIPEDIA.ORG
This article is licensed under the GNU Free Documentation License.
It uses material from the Wikipedia article "Gregg Popovich."
Back to Article
/