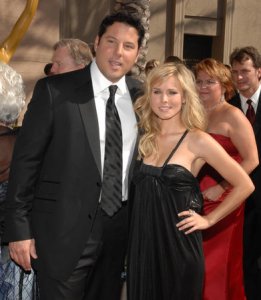 Entertainment News // 2 years ago
'Star Wars' actor Andrew Jack dies at 76 from COVID-19 complications
Andrew Jack, who played Caluan Ematt in "Star Wars: The Last Jedi" and was a dialect coach for "Lord of the Rings," died Tuesday after contracting coronavirus.

TV // 6 years ago
Kevin Smith, Greg Grunberg to head AMC late-night show
AMC will be the home of a new late-night talk show covering pop-culture from a fanboy perspective hosted by Kevin Smith and Greg Grunberg.

Entertainment News // 6 years ago
J.J. Abrams regrets not directing eighth 'Star Wars' film
J.J. Abrams will not be directing 'Episode VIII' of the 'Star Wars' trilogy, and after reading the script for it, he wishes he was.

TV // 7 years ago
Zachary Levi to lead 'Heroes' reboot 'Heroes Reborn'
"Chuck" star Zachary Levi is confirmed for "Heroes" reboot "Heroes Reborn" on NBC.
TV // 8 years ago
'Heroes' to return to NBC as an event series
NBC says it has ordered a 13-episode miniseries based on the U.S network's canceled science-fiction drama "Heroes."
TV // 1 decade ago
Stars line up for People's Choice show
Jessica Alba, Katie Cassidy, Sacha Baron Cohen and Taylor Swift are confirmed to attend the People's Choice Awards show in Los Angeles, CBS said.
Entertainment News // 1 decade ago
Laurie, Denton among celebrity singers
Actors Hugh Laurie and James Denton are among a group of TV stars who have recorded a musical album for charity in Los Angeles, one member says.
Entertainment News // 1 decade ago
'Heroes' actor will walk for epilepsy
Greg Grunberg, who plays Matt Parkman on the U.S. TV series "Heroes" has been named spokesman and team leader for the upcoming National Walk for Epilepsy.

Gregory Phillip "Greg" Grunberg (born July 11, 1966) is an American television actor. He is currently starring as Matt Parkman on the NBC television series Heroes, ongoing since 2006. Other notable roles included the characters Sean Blumberg on Felicity (1998–2002) and Eric Weiss on Alias (2001–2006), both produced by childhood friend J. J. Abrams.

Grunberg has had guest roles in television starting 1990. From 1998-2002 he appeared as Sean Blumberg on Felicity. He appeared from 2001-2006 as Eric Weiss on Alias. He left that series as a regular to star on the NBC sitcom, Grand Union. Since 2003, Abrams had planned a series called The Catch about a bounty hunter, starring Grunberg in the lead role. Suggested for both the 2004–2005 and 2005–2006 seasons, the series was never produced; however, a pilot episode was shot. Abrams also cast Grunberg in a brief role as the pilot for the 2004 series Lost. Grunberg returned for the first-season finale, but his scenes were cut for time, and were instead included on the season 1 DVD set. He also appeared in a small role in Mission: Impossible III, which Abrams directed.

Grunberg has a major role in the NBC TV show Heroes. He plays police officer Matt Parkman, who can hear other people's thoughts. Grunberg has also guest starred on House. He was offered a part in Star Trek, which Abrams directed, but was unable to take it because of a conflict with another project he is working on (he did briefly voice an unseen character in the film). Grunberg voices FBI agent Ethan Thomas in the video game Condemned: Criminal Origins.

FULL ARTICLE AT WIKIPEDIA.ORG
This article is licensed under the GNU Free Documentation License.
It uses material from the Wikipedia article "Greg Grunberg."