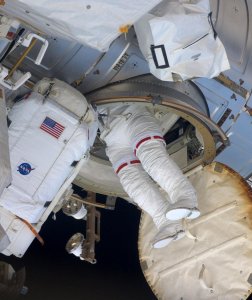 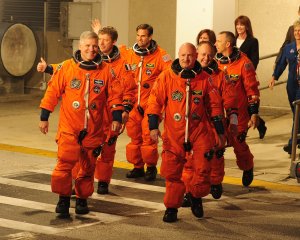 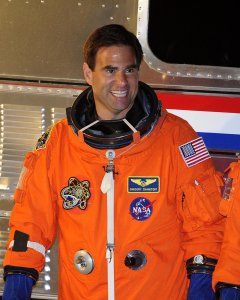 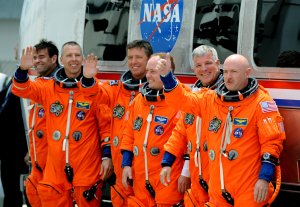 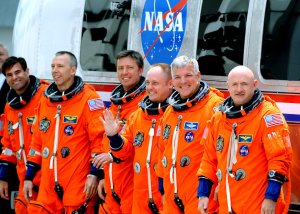 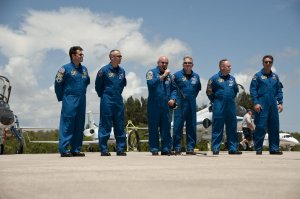 Gregory Errol Chamitoff is an engineer and NASA astronaut. He was assigned to Expedition 17 and flew to the International Space Station on STS-124, launching 31 May 2008. He was in space 183 days, joining Expedition 18 after Expedition 17 left the station, and returned to Earth 30 November 2008 on STS-126. Chamitoff is currently a mission specialist on the STS-134 mission.

Chamitoff was born 6 August 1962 in Montreal, Quebec, Canada to a Jewish family of Russian origin and is married to Alison Chantal Caviness, M.D.,M.P.H.,Ph.D. They have two children, Natasha and Dimitri. His mother Shari Chamitoff and brother Ken Chamitoff live in southern California. His father was the late Ashley "Al" Chamitoff. His wife's parents are Madeline Caviness, Ph.D., and Verne Caviness, M.D., Ph.D.

Chamitoff's recreational interests include scuba diving, backpacking, flying, skiing, racquetball, Aikido, juggling, magic and guitar. He is a certified divemaster and instrument rated pilot. Chamitoff also enjoys chess and has played games with people on earth while living in the ISS.

FULL ARTICLE AT WIKIPEDIA.ORG
This article is licensed under the GNU Free Documentation License.
It uses material from the Wikipedia article "Greg Chamitoff."
Back to Article
/