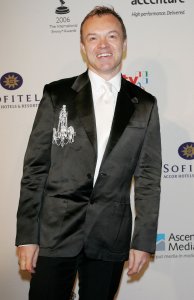 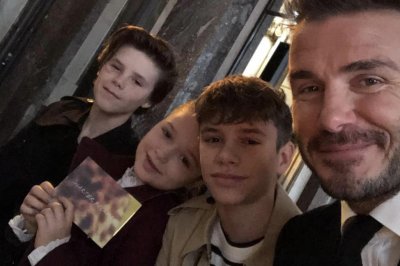 TV // 2 years ago
Zac Efron recalls how he and Michael Jackson made each other cry
Actor Zac Efron says a surprise phone call from Michael Jackson years ago ended with both him and the pop music icon in tears.

Entertainment News // 3 years ago
Chris Evans named highest paid BBC star, gender pay gap detailed
The BBC have released the salaries earned for their top stars for the first time showing that Chris Evans is the highest paid personality on the network.

Entertainment News // 3 years ago
Jamie Foxx on dating at age 49: 'It's tough out there'
"Baby Driver" star Jamie Foxx implied he's single on "The Graham Norton Show" after being linked to Katie Holmes for years.

Entertainment News // 3 years ago
Salma Hayek once wrongly suspected husband of cheating
Salma Hayek said she mistakenly thought Francois-Henri Pinault was unfaithful after she heard a "sexy voice" on his answering machine.

Top News // 3 years ago
The Almanac
On April 4, 1968, civil rights leader Martin Luther King, Jr. was assassinated as he stood on the balcony of the Lorraine Motel in Memphis, Tenn. He was 39.

Movies // 4 years ago
Michael Bay denies conflict with Kate Beckinsale: 'I truly respect her'
Michael Bay insisted he and Kate Beckinsale are "friendly" after the actress revealed he was critical of her looks and weight while filming "Pearl Harbor."

Graham William Walker (born 4 April 1963) is an Irish actor, comedian, television presenter and columnist, known by his stage name Graham Norton. He is the host of the comedy chat show The Graham Norton Show and the BBC commentator of the Eurovision Song Contest.

Norton was born in Clondalkin, a suburb of Dublin, but grew up in Bandon, County Cork, Republic of Ireland. He was brought up Protestant.

In 1992 his stand-up comedy drag act in the Edinburgh Festival Fringe as a tea-towel clad Mother Teresa of Calcutta made the press when Scottish Television's religious affairs department mistakenly thought he represented the real Mother Teresa.

FULL ARTICLE AT WIKIPEDIA.ORG
This article is licensed under the GNU Free Documentation License.
It uses material from the Wikipedia article "Graham Norton."
Back to Article
/