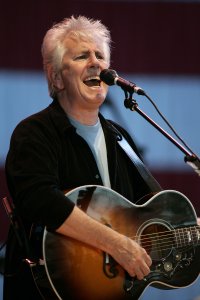 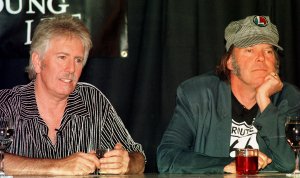 Top News // 3 years ago
The Almanac
On Feb. 2, 1933, two days after becoming chancellor of Germany, Adolf Hitler ordered dissolution of the Parliament.
Odd News // 6 years ago
The almanac
UPI Almanac for Sunday, Feb. 2, 2014.
Music // 6 years ago
David Crosby to release album in January
U.S. singer-songwriter David Crosby says he is to release "Croz," his first solo album of studio material in 20 years, in January.
Odd News // 7 years ago
The almanac
UPI Almanac for Saturday, Feb. 2, 2013.
Odd News // 8 years ago
The almanac
UPI Almanac for Thursday, Feb. 2, 2012.
Music // 8 years ago
Entertainers back Occupy movement
Musicians are putting together an album that will be sold to raise money for the anti-greed Occupy protesters across the United States, project organizers say.
Music // 9 years ago
Crosby and Nash to tour Europe
Singer-songwriters David Crosby and Graham Nash say they plan to kick off the European leg of their 2011 concert tour with a show in Dublin next month.
Movies // 1 decade ago
Zeta-Jones lands on Queen's Honors list
Welsh-born Hollywood actress Catherine Zeta-Jones was on the British Queen's Honors list Saturday, which also includes less glamorous figures.
Music // 1 decade ago
Two members will miss Hollies induction
The two remaining original members of The Hollies said they will miss the band's Rock 'n' Roll Hall of Fame induction in New York because of a prior engagement.

We took advantage of the possibility of bringing so much focus, attention on things that need to be discussed

Graham William Nash, OBE (born 2 February 1942) is a English singer-songwriter known for his light tenor vocals and for his songwriting contributions with the British pop group The Hollies, and with the folk-rock band Crosby, Stills, Nash & Young. Nash is a photography collector and a published photographer. Nash was inducted to the Rock and Roll Hall of Fame as a member of Crosby, Stills & Nash and as a member of The Hollies in 2010.

Nash was appointed Officer of the Order of the British Empire (OBE) in the 2010 Birthday Honours for services to music and to charity.

Nash was born in Blackpool, Lancashire, England, in 1942, his mother having been evacuated there from the Nashes' hometown of Salford, Lancashire,(now in Greater Manchester) because of the Second World War. The family subsequently returned to Salford, where Graham grew up. In the early 1960s he was a leading member of The Hollies, one of the UK's most successful pop and "British Invasion" groups ever. Although recognised as a key member of the group, he seldom sang lead vocals, although he did write many of the band's songs, most often in collaboration with Allan Clarke. Nash was pivotal in the forging of a sound and lyrics showing an obvious hippie influence on The Hollies' albums. However, Nash was disappointed when his transition in sound did not register with the audience that the Hollies played to, including when "King Midas in Reverse" did not gain the popularity he expected it to. He greatly influenced the direction of Evolution, and Butterfly, a collection that brought differing opinions on the band's musical direction to the fore.

FULL ARTICLE AT WIKIPEDIA.ORG
This article is licensed under the GNU Free Documentation License.
It uses material from the Wikipedia article "Graham Nash."
Back to Article
/