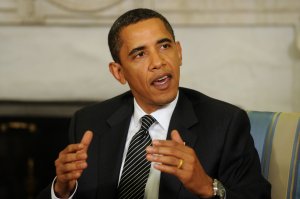 I am glad to hear that there are 37,000 more job openings here for Filipinos

We shall make them pay for the enormity of this savagery

With a deep sense of pride and national unity, let us put our best foot forward as the Philippines hosts these historic meetings

There are those who have criticized me about freedom. But if the communists and rebel soldiers take over, the people should realize that they would take away our freedom

Maria Gloria Macapagal-Arroyo (born April 5, 1947) is a Filipino politician who served as the 14th President of the Philippines from 2001 to 2010, as the 12th Vice President of the Philippines from 1998 to 2001, and is currently a member of the House of Representatives representing the 2nd District of Pampanga. She was the country's second female president (after Corazón Aquino), and the daughter of former President Diosdado Macapagal.

A professor of economics, Arroyo entered government in 1987, serving as assistant secretary and undersecretary of the Department of Trade and Industry upon the invitation of President Corazón Aquino. After serving as a senator from 1992 to 1998, she was elected to the vice presidency under President Joseph Estrada, despite having run on an opposing ticket. After Estrada was accused of corruption, she resigned her cabinet position as Secretary of Social Welfare and Development and joined the growing opposition to the president, who faced impeachment. Estrada was soon forced from office by the EDSA Revolution of 2001, and Arroyo was sworn into the presidency by Chief Justice Hilario Davide, Jr. on January 20, 2001. She was elected to a full six-year presidential term in the controversial May 2004 Philippine elections, and was sworn in on June 30, 2004. Following her presidency she was elected to the House of Representatives, making her the second Philippine president - after Jose P. Laurel - to pursue a lower office after their presidency.

She was born as María Gloria Macaraeg Macapagal to politician Diosdado Macapagal and his wife, Evangelina Macaraeg-Macapagal. She is the sister of Dr. Diosdado "Boboy" Macapagal, Jr. & Cielo Macapagal-Salgado. She spent the first years of her life in Lubao, Pampanga with her two older siblings from her father's first marriage. At the age of four, she chose to live with her maternal grandmother in Iligan City. She stayed there for three years, then split her time between Mindanao and Manila until the age of 11. She is fluent in English, Tagalog, Spanish and several other Philippine languages, most importantly, Kapampangan, Ilokano, and Cebuano.

FULL ARTICLE AT WIKIPEDIA.ORG
This article is licensed under the GNU Free Documentation License.
It uses material from the Wikipedia article "Gloria Arroyo."
Back to Article
/