Health News // 4 years ago
Why you can't get that song out of your head
British researchers say they've determined why the so-called "earworm" effect, a song stuck in your head, is more likely with some songs than others. 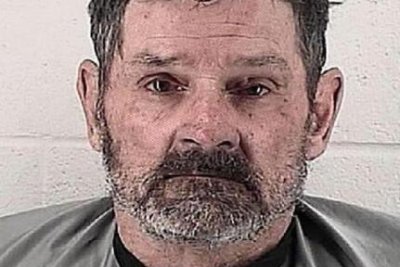 U.S. News // 5 years ago
White supremacist 'proud' of killing 3 people, regrets not killing more
The man accused of killing three people at a Kansas Jewish center last year was anything but apologetic Friday, say he wishes he would have killed more people.
U.S. News // 6 years ago
Report: Supremacist accused of Kansas shootings once arrested with black transvestite prostitute
The white supremacist charged with killing 3 people at Jewish facilities in Kansas was once arrested with a black transvestite prostitute, a TV station says.
U.S. News // 6 years ago
Mayor of small Missouri city quits under threat of impeachment over anti-Semitic remarks
A longtime friend of Frazier Glenn Miller, the white supremacist accused of shooting three people at Jewish facilities, has resigned as mayor of Marion, Mo.

Alton Glenn Miller (March 1, 1904 – missing December 15, 1944) was an American jazz musician (trombone), arranger, composer, and bandleader in the swing era. He was one of the best-selling recording artists from 1939 to 1943, leading one of the best known "Big Bands". Miller's signature recordings include In the Mood, American Patrol, Chattanooga Choo Choo, A String of Pearls, Tuxedo Junction, Moonlight Serenade, Little Brown Jug and Pennsylvania 6-5000. While he was traveling to entertain U.S. troops in France during World War II, Miller's plane disappeared in bad weather over the English Channel. His body has never been found.

Miller was born on a farm in Clarinda, Iowa, to Lewis Elmer Miller and Mattie Lou (née Cavender) . He went to grade school in North Platte in western Nebraska. In 1915, Miller's family moved to Grant City, Missouri. Around this time, Miller had finally made enough money from milking cows to buy his first trombone and played in the town orchestra. In 1918, the Miller family moved again, this time to Fort Morgan, Colorado, where Miller went to high school. During his senior year, Miller became very interested in a new style of music called "dance band music." He was so taken with it that he formed his own band with some classmates. By the time Miller graduated from high school in 1921, he had decided he wanted to become a professional musician.

In 1923, Miller entered the University of Colorado at Boulder, where he joined Sigma Nu Fraternity, but spent most of his time away from school, attending auditions and playing any gigs he could get, most notably with Boyd Senter's band in Denver. He dropped out of school after failing three out of five classes one semester, and decided to concentrate on making a career as a professional musician. He later studied the Schillinger technique with Joseph Schillinger, under whose tutelage he composed what became his signature theme, Moonlight Serenade.

FULL ARTICLE AT WIKIPEDIA.ORG
This article is licensed under the GNU Free Documentation License.
It uses material from the Wikipedia article "Glenn Miller."
Back to Article
/