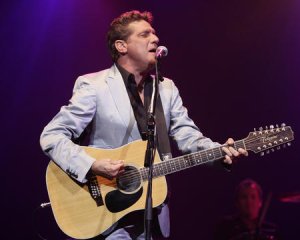 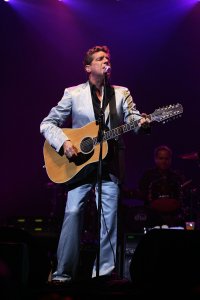 Top News // 4 years ago
The Almanac
On Nov. 6, 1921, the cult of Rudolph Valentino was launched with the release of his silent film "The Sheik," which immediately caught the attention of women across the United States.

Entertainment News // 5 years ago
Family, fans of Natalie Cole react to 'disrespectful' Grammys tribute
The Recording Academy is under fire by fans and family of late singer Natalie Cole after they failed to produce a "respectful" tribute during the Grammys.

Frey was born in Detroit, Michigan. Growing up in Royal Oak, Michigan, he became part of the mid-1960s Detroit rock scene. One of his earliest bands was called the Subterraneans and included fellow Dondero High School Class of '66 students Doug Edwards (later replaced by Lenny Mintz) on drums, Doug Gunsch and Bill Barnes on guitar and Jeff Hodge on bass.

FULL ARTICLE AT WIKIPEDIA.ORG
This article is licensed under the GNU Free Documentation License.
It uses material from the Wikipedia article "Glenn Frey."