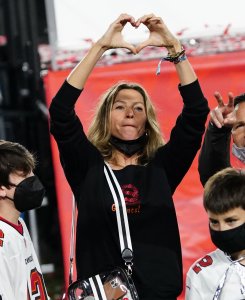 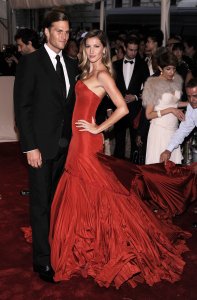 Gisele Caroline Bündchen (born July 20, 1980) is a Brazilian model and film actress. According to Forbes, she is the highest-paid model in the world and also the sixteenth richest woman in the entertainment world, having earned $33 million in 2006 and $35 million in 2007 alone, adding to her estimated $150 million fortune. She is also listed on Guinness Book of World Records as the world's richest supermodel and has appeared on more magazine covers than any other model.

Bündchen was born in the Brazilian town of Três de Maio and grew up in Horizontina, Rio Grande do Sul, to Vânia Nonnenmacher, a bank clerk pensioner, and Valdir Bündchen, a university teacher and writer. She has five sisters — Raquel, Graziela, Gabriela, Rafaela and her fraternal twin Patrícia, Gisele's junior by five minutes. Bündchen is Roman Catholic, speaks Portuguese as her native language and English as a second language.

She is from Southern Brazil, a region whose population is largely composed of Brazilians of German descent. Bündchen is of German ancestry from both sides of her family, which is integrated in Brazilian society for many generations.

FULL ARTICLE AT WIKIPEDIA.ORG
This article is licensed under the GNU Free Documentation License.
It uses material from the Wikipedia article "Gisele Bundchen."
Back to Article
/