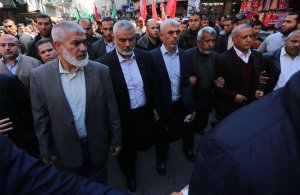 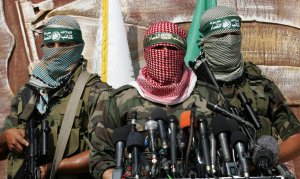 Top News // 2 years ago
On This Day: Michael Jackson dies at 50
On June 25, 2009, entertainment superstar Michael Jackson, known as "the king of pop," a vast influence on the music scene of his day, died at age 50.

World News // 4 years ago
Hamas leader dead after 'accidental' gunshot to head
Imad al-Alami, a co-founder of Hamas and senior official of the group, died Tuesday after he allegedly shot himself in the head earlier this month.

We started working three weeks ago, before the Yoel Shalit incident

The people involved talk to us from time to time, caress our heads, but my dear grandchild Gilad is still rotting away in the Hamas cellars having done nothing wrong, like a common criminal

I am telling his family that his condition is good. He has food, he has a room and we are not mistreating our prisoner

We've said we would not allow another year to pass without Gilad, and that is what we intend to do this time 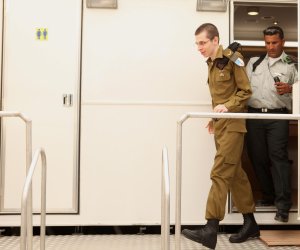 Gilad Shalit (Hebrew: גלעד שליט‎, born 28 August 1986) is an Israeli and French national and an IDF soldier who was attacked and kidnapped from Israel on 25 June 2006 by Hamas militants in a cross-border raid. Shalit was captured near the Kerem Shalom crossing (in Israel), and has been held as a hostage at an unknown location in the Gaza Strip by Hamas and deprived of all International Red Cross visits since his abduction.

Hamas has refused requests from the International Committee of the Red Cross to allow the ICRC to visit Shalit, and claims that any such visit could betray the location where Shalit is being held captive. Multiple human rights organizations have stated that the terms and conditions of Shalit's confinement are contrary to international humanitarian law. To date, the only contact between Shalit and the outside world since his capture has been three letters, an audio tape, and a DVD that Israel received in return for releasing 20 female Palestinian prisoners.

Shalit holds dual French and Israeli citizenship, a fact that encouraged France and the European Union to be involved in efforts to release him from his captors.

FULL ARTICLE AT WIKIPEDIA.ORG
This article is licensed under the GNU Free Documentation License.
It uses material from the Wikipedia article "Gilad Shalit."