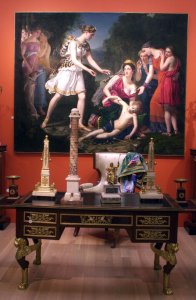 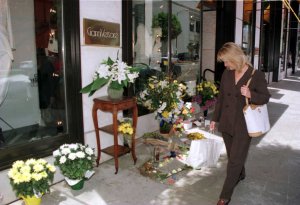 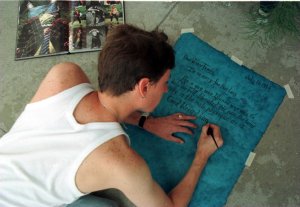 Gianni Versace (December 2, 1946 - July 15, 1997) was an Italian fashion designer and founder of Gianni Versace S.p.A., an international fashion house, which produces accessories, fragrances, makeup and home furnishings as well as clothes. He also designed costumes for the theatre and films, and was a friend of Madonna, Elton John, Cher, Sting, and Diana, Princess of Wales among many others. Openly gay, Versace and his partner Antonio D'Amico were regulars on the international party scene. Versace was murdered outside his Miami Beach home, the former Casa Casuarina now known as The Villa By Barton G., at the age of 50 by spree killer Andrew Cunanan.

Gianni Versace was born in Reggio Calabria, Italy, on December 2, 1946, where he grew up with his older brother Santo and younger sister Donatella, along with their father and dressmaker mother, Francesca. An older sister, Tina, died at the age of 12 from an improperly treated tetanus infection.

Versace began his apprenticeship at a young age, helping his mother find precious stones and gold braid with which to embroider dresses. He studied architecture before moving to Milan at the age of 26 to work in fashion design.

FULL ARTICLE AT WIKIPEDIA.ORG
This article is licensed under the GNU Free Documentation License.
It uses material from the Wikipedia article "Gianni Versace."
Back to Article
/