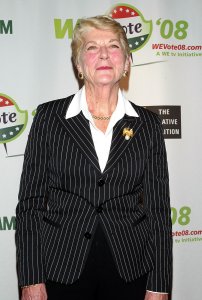 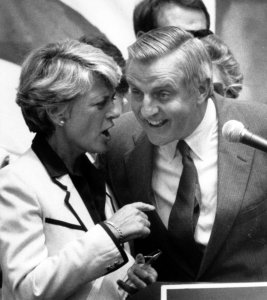 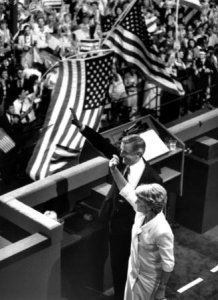 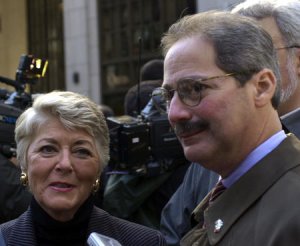 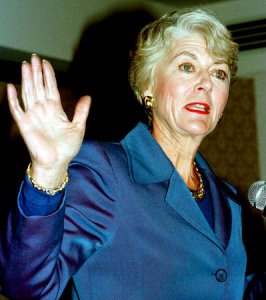 Top News // 4 years ago
The Almanac
On Aug. 26, 1920, eight days after it was ratified, the 19th Amendment to the U.S. Constitution went into effect -- giving women the right to vote.

Top News // 5 years ago
The Almanac
In 1920, eight days after it was ratified, the 19th Amendment to the U.S. Constitution went into effect -- giving women the right to vote. 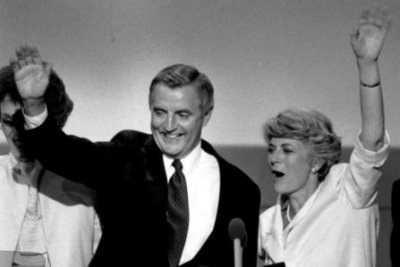 Geraldine Anne Ferraro (August 26, 1935 – March 26, 2011) was an American attorney, a Democratic Party politician, and a member of the United States House of Representatives. She was the first female Vice Presidential candidate representing a major American political party.

Ferraro grew up in New York City and became a teacher and lawyer. She joined the Queens County District Attorney's Office in 1974, where she headed the new Special Victims Bureau that dealt with sex crimes, child abuse, and domestic violence. She was elected to the House in 1978, where she rose rapidly in the party hierarchy while focusing on legislation to bring equity for women in the areas of wages, pensions, and retirement plans. In 1984, former Vice President and presidential candidate Walter Mondale selected Ferraro to be his running mate in the upcoming election. In doing so she became the only Italian American to be a major-party national nominee in addition to being the first woman. The positive polling the Mondale-Ferraro ticket received when she joined faded as questions about her and her husband's finances arose. In the general election, Mondale and Ferraro were defeated in a landslide by incumbent President Ronald Reagan and Vice President George H. W. Bush.

Ferraro ran campaigns for a seat in the United States Senate from New York in 1992 and 1998, both times starting as the front-runner for her party's nomination before losing in the primary election. She served as a United States Ambassador to the United Nations Commission on Human Rights from 1993 until 1996, in the presidential administration of Bill Clinton. She also continued her career as a journalist, author, and businesswoman, and served in the 2008 presidential campaign of Senator Hillary Rodham Clinton. Ferraro died on March 26, 2011, from multiple myeloma, 12 years after being diagnosed.

FULL ARTICLE AT WIKIPEDIA.ORG
This article is licensed under the GNU Free Documentation License.
It uses material from the Wikipedia article "Geraldine Ferraro."
Back to Article
/