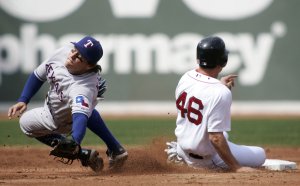 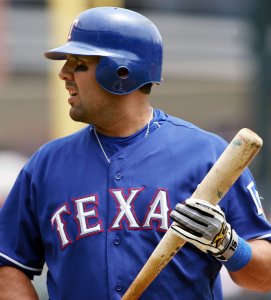 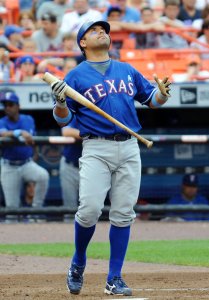 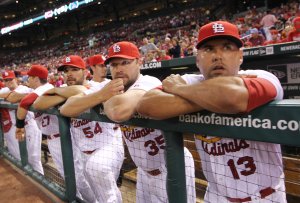 Gerald Lee Laird III (born November 13, 1979, in Westminster, California) is a Major League Baseball catcher with the St. Louis Cardinals. He graduated La Quinta High School in 1998, and then went on to play college baseball for Cypress College.

Laird was originally a second round draft choice of the Oakland Athletics in 1998, but initially held out for more money. When Oakland declined, Laird attended Cypress College, where he led the school's baseball squad to the finals. In June 1999, Oakland and Laird negotiated a new contract. In his first minor league season, 1999, Laird played 60 games with the Low-A Southern Oregon Timberjacks, where he batted .285. Laird split the 2000 season between the Rookie-level Arizona League Athletics and High-A Visalia Oaks, but a broken wrist limited his playing time. Going in to the 2001 season he was considered a top prospect, but batted .255 with the Modesto A's.

Prior to the 2002 season Oakland traded Laird to the Texas Rangers along with Ryan Ludwick, Jason Hart, and Mario Ramos, for first baseman Carlos Pena and pitcher Mike Venafro. Texas assigned Laird to the Double-A Tulsa Drillers, where his strong defensive play and improved batting average (.276) drew plaudits.

FULL ARTICLE AT WIKIPEDIA.ORG
This article is licensed under the GNU Free Documentation License.
It uses material from the Wikipedia article "Gerald Laird."
Back to Article
/