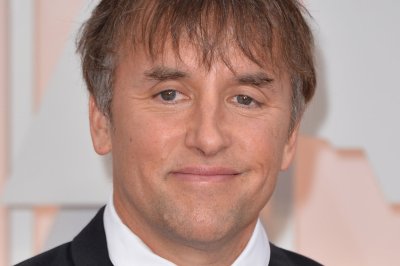 Top News // 4 years ago
The Almanac
On Nov. 16, 1933, the United States established diplomatic relations with the Soviet Union.

Top News // 5 years ago
The Almanac
On Nov. 16, 1960, in the fantasy land of Hollywood, the passing of a king brought sorrow to all that had known the history of Clark Gable.

Born to a Jewish family in Pittsburgh, Pennsylvania he graduated from high school in 1907 and "tried law school for three months" but grew disenchanted and took on a series of odd jobs, including "selling hatbands". Kaufman then began his career as a journalist and drama critic; he was the drama editor for The New York Times from 1917 through 1930. Nearly a decade later he achieved great success as a playwright. Kaufman took his editorial responsibilities very seriously. According to legend, on one occasion a press agent asked: "How do I get our leading lady’s name in the Times?" Kaufman: "Shoot her."

Kaufman's Broadway debut was September 4, 1918 at the Knickerbocker Theatre, with the premiere of the melodrama Someone in the House. Kaufman coauthored the play with Walter C. Percival, based on a magazine story written by Larry Evans. The play opened on Broadway (running for only 32 performances) during that year's serious flu epidemic, when people were being advised to avoid crowds. With "dour glee", Kaufman suggested that the best way to avoid crowds in New York City was to attend his play.

FULL ARTICLE AT WIKIPEDIA.ORG
This article is licensed under the GNU Free Documentation License.
It uses material from the Wikipedia article "George S. Kaufman."
Back to Article
/