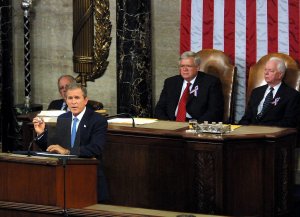 Odd News // 3 years ago
Alligators poke noses out from under ice to survive cold
A North Carolina rescue group posted a video showing the unusual way their their alligators survive in icy conditions. Health News // 5 years ago
Why stroke in middle age is more deadly for blacks than whites
A higher stroke rate is why middle-aged black Americans are more likely to die from a stroke than whites, a new study suggests.
U.S. News // 7 years ago
Woman sentenced to life for killing pimp gets parole
Calif. Gov. Jerry Brown will allow parole of a woman sentenced at age 16 to life in prison for killing a man who forced her into prostitution, his office said.
Health News // 1 decade ago
Fried fish may be fueling 'stroke belt'
Eating fish is healthful, but frying fish may rob it of benefits and may increase stroke risk, a U.S. researcher warns.
Health News // 1 decade ago
Cognition declines as stroke risk goes up
The higher the stroke risk score in the elderly, the more their cognitive abilities decline, U.S. researchers find.
Health News // 1 decade ago
'Whispering stroke' can cause damage
People with stroke-like symptoms, but no stroke diagnosis, can incur physical and mental damage that lowers their quality of life, says a U.S. study.
Business News // 1 decade ago
NYC high heart attack rate, low stroke
Scientists don't know why New York City area residents have one of the country's highest rates of heart disease deaths, but one of the lowest for stroke.
Odd News // 1 decade ago
Feature: Good music, cheap
Take the high cost of movie production, toss in the disintegration of the recording industry's traditional business model, add a dash of opportune timing, and y
Science News // 1 decade ago
Stroke is a woman's disease, too
About 700,000 Americans will have a stroke this year and odds are most of them will be overweight couch potatoes with high blood pressure and early signs of diabetes -- and a good number of them will be women.
Entertainment News // 1 decade ago
Rushen, Duke headline black celebration
Keyboard player Patrice Rushen will give the seventh annual lecture that highlights Black History Month at the Berklee College of Music.

He participated in the American Revolution, and before attaining the rank of field marshal, he commanded various regiments, including the 3rd Regiment of Foot, the 1st (The King's) Dragoon Guards, and the 7th (The Queen's Own) Regiment of Dragoons. He became field marshal on 12 October 1793, and was previously made a Privy Councillor and a Knight of the Bath. He served in the House of Commons as Member of Parliament (MP) for Lostwithiel from 1761 to 1766 and for Stamford from 1768 until his death.

FULL ARTICLE AT WIKIPEDIA.ORG
This article is licensed under the GNU Free Documentation License.
It uses material from the Wikipedia article "George Howard."
Back to Article
/