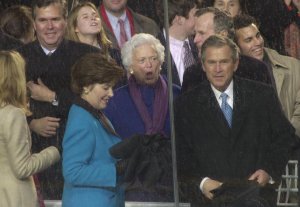 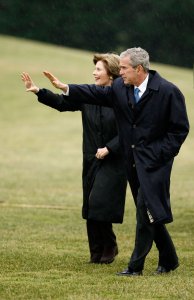 U.S. News // 1 week ago
Appeals court halts Wisconsin's plan to extend mail-in ballot deadline
The Seventh Circuit Court of Appeals has put a halt to plans in Wisconsin to allow absentee ballots to be counted if they are received up six days after November's general election.

U.S. News // 3 weeks ago
'Nasty woman': A look at memorable presidential debate moments
President Donald Trump and Democratic presidential nominee Joe Biden are set to meet for their first debate Tuesday, picking up a tradition that has produced a number of memorable moments over the last 60 years.

U.S. News // 1 month ago
Poll: Trust in U.S. economy inches up, but still historically low
Confidence in the U.S. economy has improved slightly but it remains well below the record ratings seen before the onset of the COVID-19 pandemic, according to a Gallup survey Thursday. 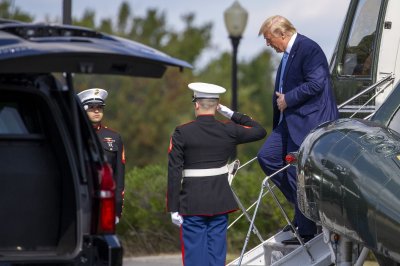 Every single day, I was honored to be your president by bringing honor and dignity to the office

It's so simple in life to chase popularity, but popularity is fleeting

She was called by somebody a racist once. That's not right. I mean, that's not fair

George Herbert Walker Bush (born June 12, 1924) is an American politician who served as the 41st President of the United States (1989–93). He had previously served as the 43rd Vice President (1981–89), a congressman, an ambassador, and Director of Central Intelligence.

Bush was born in Milton, Massachusetts, to Senator Prescott Bush and Dorothy Walker Bush. Following the attacks on Pearl Harbor in 1941, at the age of 18, Bush postponed going to college and became the youngest aviator in the US Navy at the time. He served until the end of the war, then attended Yale University. Graduating in 1948, he moved his family to West Texas and entered the oil business, becoming a millionaire by the age of 40.

He became involved in politics soon after founding his own oil company, serving as a member of the House of Representatives, among other positions. He ran unsuccessfully for president of the United States in 1980, but was chosen by party nominee Ronald Reagan to be the vice presidential nominee, and the two were subsequently elected. During his tenure, Bush headed administration task forces on deregulation and fighting drug abuse.

FULL ARTICLE AT WIKIPEDIA.ORG
This article is licensed under the GNU Free Documentation License.
It uses material from the Wikipedia article "George H.W. Bush."
Back to Article
/