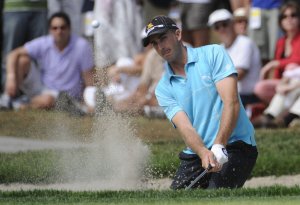 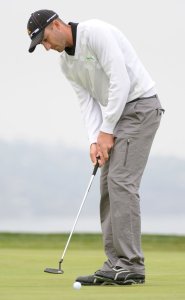 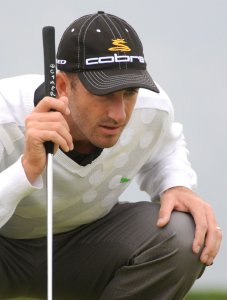 Golf // 2 years ago
Wyndham Championship 2017 results, leaderboard: Henrik Stenson takes Wyndham title
It had been more than a year since Henrik Stenson won a golf tournament, so even with a record score there was nothing easy about it Sunday. 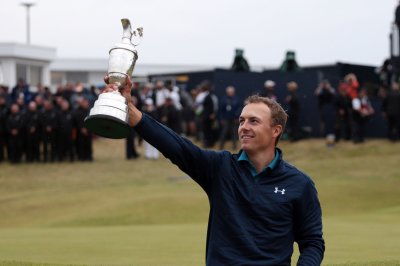 Golf // 2 years ago
2017 Zurich Classic of New Orleans: 10 teams and players to watch, picks to win
This is the first team event for a PGA Tour regular-season event since 1982. Below are 10 teams to watch in New Orleans.

Golf // 3 years ago
Consistent Dustin Johnson tops Jon Rahm in Match Play final
AUSTIN, Texas -- The championship match of the World Golf Championship Match Play on Sunday between two of the game's true power players, world No. 1 Dustin Johnson and young bull Jon Rahm of Spain, was decided by consistency rather than brute strength with, perhaps, a little bit of experience thrown in for good measure.

Golf // 3 years ago
Jordan Spieth surges into six-shot lead at Pebble Beach
PEBBLE BEACH, Calif. -- It's a cliche, but also an unavoidable fact of the game.

Sports News // 4 years ago
Jason Day tops Louis Oosthuizen for Match Play title
AUSTIN, Texas -- Jason Day's first-ever visit to the capitol city of Texas started out with an experience he would like to forget.

Sports News // 4 years ago
Kaymer, McIlroy paired at U.S. Open
Defending champion Martin Kaymer will play alongside world No. 1 Rory McIlroy for the first two rounds of the U.S. Open next week at Chambers Bay.
Sports News // 6 years ago
PGA Tour playoffs begin Thursday
The PGA Tour playoffs open Thursday within sight of the Statue of Liberty with the leading 125 players on the circuit competing for a top prize of $10 million.

I don't really know. I really, really enjoy the format

Ogilvy was born in Adelaide, South Australia to an English-born father Mike and Australian born mother Judy. He turned professional in May 1998 and he won a European Tour card at that year's Qualifying school. He played on the European Tour in 1999 and 2000, finishing 65th in his first season and improving to 48th in his second. He joined the U.S. based PGA Tour in 2001, and finished in the top 100 in each of his first five seasons. His first professional tournament win came in 2005 at the PGA Tour's Chrysler Classic of Tucson. In February 2006 he beat Davis Love III in the final of the 2006 WGC-Accenture Match Play Championship.

Ogilvy won his first major championship at the 2006 U.S. Open, becoming the first Australian to win a men's golf major since Steve Elkington at the 1995 PGA Championship. Ogilvy finished his round with a champion's flourish, making improbable pars on each of the last two holes. He holed a 30-foot chip shot at the 17th, and then got up-and-down for par at the 18th, dropping a downhill six-footer for his final stroke as all his competitors collapsed around him. Phil Mickelson and Colin Montgomerie needed pars on the final hole to win, or bogeys to tie with Ogilvy, but they ruined their chances by producing double-bogey sixes to give Ogilvy a dramatic win. Jim Furyk needed par to force a playoff but bogeyed the final hole.

FULL ARTICLE AT WIKIPEDIA.ORG
This article is licensed under the GNU Free Documentation License.
It uses material from the Wikipedia article "Geoff Ogilvy."
Back to Article
/