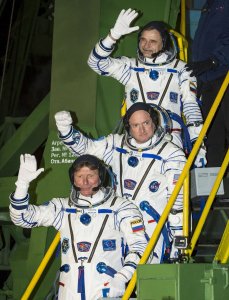 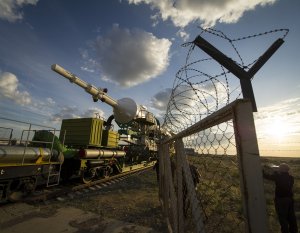 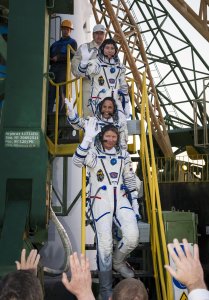 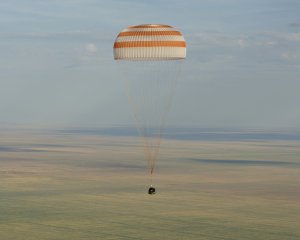 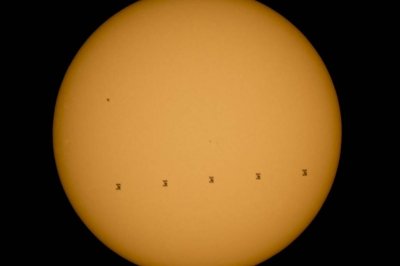 Science News // 5 years ago
Photo shows space station traveling across sun's face
The International Space Station was photographed as it orbited across the face of the sun on Sunday.

Science News // 5 years ago
Expedition 44 crew blasts off, headed to International Space Station
The Soyuz rocket safely blasted off from its launch pad at Russia's Baikonur Cosmodrome, located in Kazakhstan.

Science News // 5 years ago
Expedition 43 crew says bye to ISS, lands safely in Kazakhstan
The space station's Expedition 43 crew are safely back on Earth, having successfully touched down in their Soyuz capsule at 9:44 a.m. EDT on Thursday.

Science News // 6 years ago
Soyuz rocket launches yearlong space station crew
A three-man crew departed Earth on Friday, blasting off on a Soyuz rocket. They are journeying from Baikonur Cosmodrome, in Kazakhstan, to the space station.

Gennady Ivanovich Padalka (Russian: Гeннадий Иванович Падалка) (born June 21, 1958, in Krasnodar, Russia) is a Russian Air Force officer and an RSA cosmonaut. He is also an investigator for the Advanced Diagnostic Ultrasound in Microgravity Project. He is married to Irina Anatoliyevna Padalka (Ponomareva). They have three daughters: Yuliya, Yekaterina, and Sonya. Gennady enjoys the theater, parachute sport and diving.

Padalka is a recipient of the Hero Star of the Russian Federation and the title of Russian Federation Test-Cosmonaut. He has logged 1500 flight hours in six types of aircraft as a First Class Pilot in the Russian Air Force. In addition, he has performed more than 300 parachute jumps as an Instructor of General Parachute Training.

Padalka graduated from Eisk Military Aviation College in 1979. After graduation, he served as a pilot and later a senior pilot in the Russian Air Force, eventually attaining the rank of colonel. He was selected as a cosmonaut candidate to start training at the Gagarin Cosmonaut Training Center in 1989. From June 1989 to January 1991, he attended basic space training. In 1991, Padalka was qualified as a test-cosmonaut. He worked as an engineer-ecologist at the UNESCO International Center of Instruction Systems until 1994.

FULL ARTICLE AT WIKIPEDIA.ORG
This article is licensed under the GNU Free Documentation License.
It uses material from the Wikipedia article "Gennady Padalka."
Back to Article
/