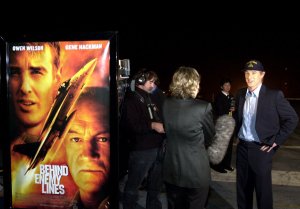 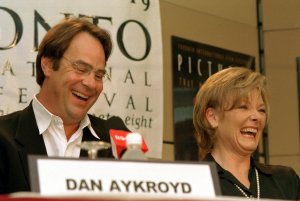 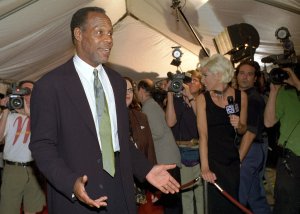 Entertainment News // 4 months ago
Loni Anderson was 'very sad' to lose 'All Night Long' to Barbra Streisand
Loni Anderson discussed losing the lead role in "All Night Long" and confirmed Princess Diana once sent her ex-husband Burt Reynolds a thank you note.

Movies // 4 years ago
Meryl Streep to receive the Golden Globes' highest honor
Screen legend Meryl Streep is to be presented with the Cecil B. deMille Award at the 74th Golden Globe Awards ceremony.

I got fired, I think, because I just didn't fulfill the director and writer's idea of what the part should have been

He was the worst. We had to hose the rooms down then instead of sweeping them out

Hackman has made 80 films. He came to fame in 1967 when his performance as Buck Barrow in Bonnie and Clyde earned him his first Oscar nomination. His major roles include police detective Popeye Doyle in The French Connection, surveillance expert Harry Caul in The Conversation, basketball coach Norman Dale in Hoosiers, the heroic Reverend Scott in The Poseidon Adventure, federal agent Rupert Anderson in Mississippi Burning, sadistic sheriff Little Bill Daggett in Unforgiven for which he won the Academy Award for Best Supporting Actor, arch-villain Lex Luthor in Superman (plus two of its sequels), Edward "Brill" Lyle in Enemy of the State, patriarch Royal Tenenbaum in The Royal Tenenbaums, submarine captain Frank Ramsey in Crimson Tide, professional thief Joe Moore in Heist and Admiral Leslie McMahon Reigart in Behind Enemy Lines.

Hackman was born in San Bernardino, California, the son of Lyda (née Gray) and Eugene Ezra Hackman. He has a brother, Richard. Hackman's family moved frequently, until finally settling in Danville, Illinois, where they lived in the house of his English-born maternal grandmother Beatrice, and where Hackman's father operated the printing press for the Commercial-News, a local paper. Hackman's parents divorced in 1943, and his father subsequently left the family. At 16, Hackman left home to join the U.S. Marine Corps, where he served four-and-a-half years as a field radio operator. Having finished his service, he moved to New York, working in several minor jobs. His mother died in 1962 as a result of a fire she accidentally set while smoking.

FULL ARTICLE AT WIKIPEDIA.ORG
This article is licensed under the GNU Free Documentation License.
It uses material from the Wikipedia article "Gene Hackman."
Back to Article
/