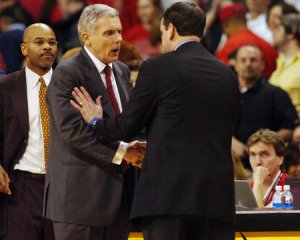 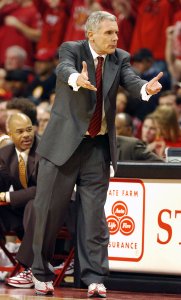 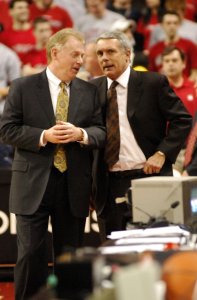 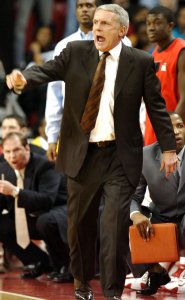 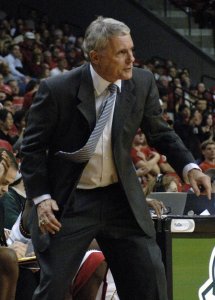 Odd News // 6 years ago
UK couple find $70,000 lump of 'whale vomit' on beach
A couple in the UK are in negotiations wth several buyers after finding a valuable lump of whale vomit, or ambergris, on a local beach.
Odd News // 8 years ago
Alabama school superintendent seeking to void contract of teacher who confessed to sex with student
Alabama superintendent Gary Williams is asking his school board to void the contract of teacher Sonny Tibbs, who was arrested and accused of having sex with a student on Friday.
World News // 9 years ago
Plane crash kills man, three young boys
A Manitoba man and three young boys were killed when the prop plane the man was flying crashed Sunday, Canadian police said.
Odd News // 1 decade ago
Brother stabbed during cigar fight
Police in Florida said they arrested a man who allegedly stabbed his brother in the shoulder when he was told not to light a cigar inside their apartment.
Sports News // 1 decade ago
Maryland's Gary Williams to retire
Gary Williams, who has coached the Maryland men's basketball team for 22 seasons, including the 2002 NCAA championship year, said Thursday he is retiring.
Sports News // 1 decade ago
Former Maryland Coach Millikan dies at 89
Former University of Maryland basketball Coach Bud Millikan has died, the school said. He was 89.
Sports News // 1 decade ago
COL BKB: Maryland 80, Michigan State 62
David Neal's 17 points with four rebounds led four players in double figures Thursday when Maryland trounced sixth-ranked Michigan State 80-62.
Top News // 1 decade ago
Police: Man detained as funds were stolen
Thousands of dollars were allegedly taken from a Montreal man's bank account by three suspects while he was being held captive in a Toronto hotel, police said.
Sports News // 1 decade ago
Maryland coach gets his 600th victory
University of Maryland basketball coach Gary Williams collected his 600th career victory Wednesday when the Terps beat his former team, Boston College, 70-65.

There weren't any heavy-duty threats. But he knew, based on initial threats, that harm could come to him if he did try to leave

We are not a veteran, savvy team like we have been the past three years, but we are learning with experience

I thought today we played better, because of the edge of the competition

Gary B. Williams (born March 4, 1945) is an American university administrator and former college basketball coach. He served as the head coach at the University of Maryland, Ohio State University, Boston College, and American University. In 2002, he led Maryland to the NCAA Tournament Championship. Williams retired after the 2010–11 season, and remains at his alma mater, Maryland, as the special assistant to the athletic director.

A native of Collingswood, New Jersey, Williams played for Maryland as the starting point guard under coach Bud Millikan. He was a member of the 1966 Charlotte Invitational Tournament championship team and the 1965 Sugar Bowl Tournament championship team. He set a Maryland record for field goal percentage, going 8-for-8 from the field in an ACC game against South Carolina in 1966 (35 years later a Williams pupil, Lonny Baxter, would break that record, hitting all ten of his field goal attempts.) Williams was the Maryland team captain in 1967. He graduated in 1968 with a B.S. in Marketing. While at the University of Maryland, Williams was a member of Phi Delta Theta Fraternity.

Prior to entering the college ranks, Williams was a successful high school basketball coach at Woodrow Wilson High School in Camden, New Jersey. He won a NJSIAA State championship as head varsity coach at Wilson High. With his chance to learn under Dr. Tom Davis, Williams left to become an assistant basketball coach at Lafayette College in 1972 and continued at Boston College in 1977 until he became a head coach. He was also the head soccer coach at Lafayette College during his assistant coaching job.

FULL ARTICLE AT WIKIPEDIA.ORG
This article is licensed under the GNU Free Documentation License.
It uses material from the Wikipedia article "Gary Williams."