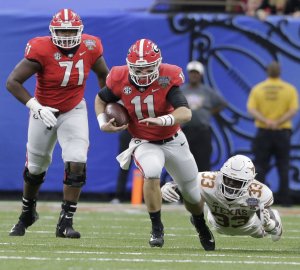 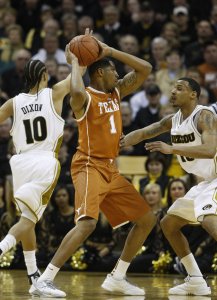 College Football // 2 years ago
Texas Longhorns coach Tom Herman: Lose the 'funeral home' feeling
Texas coach Tom Herman spent the better part of his media availability on Monday trying to send a message to everyone to come back to a positive frame of mind.

In the name of the Holy Father, I beseech you to spare the life of Terry Clark

Gary Earl Johnson (born January 1, 1953) is an American businessman, former Governor of New Mexico, and candidate for the Republican nomination for President of the United States in the 2012 election. He served as the 29th Governor of New Mexico from 1995 to 2003, and is known for his low-tax libertarian views and his regular participation in triathlons.

Founder of one of New Mexico's largest construction companies, Johnson entered politics for the first time by running for Governor of New Mexico in 1994 on a conservative, low-tax, anti-crime platform. He beat incumbent Democratic governor Bruce King by 50% to 40%. He cut the 10% annual growth in the budget by using his gubernatorial veto on half of bills in the first six months. His use of the veto over his two terms gained him the nickname "Governor Veto".

He sought re-election in 1998, winning by 55% to 45%. In his second term, he concentrated on the issue of school voucher reforms, as well as campaigning for marijuana decriminalization. During his tenure as governor, he adhered strictly to an anti-tax, anti-bureaucracy program, and set state and national records for his use of veto powers: more than the other 49 contemporary governors put together. Term-limited, Johnson retired from politics at the end of his second term.

FULL ARTICLE AT WIKIPEDIA.ORG
This article is licensed under the GNU Free Documentation License.
It uses material from the Wikipedia article "Gary Johnson."
Back to Article
/