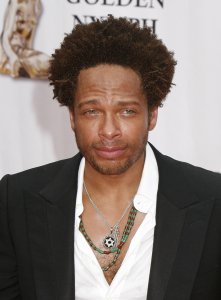 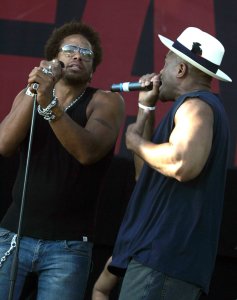 Dourdan was born in Philadelphia, Pennsylvania, the son of Sandy, a teacher and fashion designer, and Robert Durdin, an entrepreneur and agent for jazz musicians. Dourdan has African American, Native American, Scots-Irish, French and Jewish ancestry. Dourdan is the second youngest of 5 children, and when he was 6, his older brother Darryl was murdered while on vacation in Haiti; the case is still unsolved. He moved with his family to Willingboro, New Jersey when he was in his youth. At this time his interests included acting, music and martial arts. Later Dourdan moved to New York City and worked as a doorman at a rehearsal studio where he met some of Manhattan's promising young artists.

Dourdan got his first break when Debbie Allen cast him as Shazza Zulu on A Different World based on a tape of him in an avant-garde play. He had a recurring role on the Showtime series Soul Food until he nabbed the part of Warrick Brown on CSI: Crime Scene Investigation. Also starred in the 1997 film Alien Resurrection as (Christie) alongside Sigourney Weaver, Winona Ryder and Ron Perlman.

FULL ARTICLE AT WIKIPEDIA.ORG
This article is licensed under the GNU Free Documentation License.
It uses material from the Wikipedia article "Gary Dourdan."
Back to Article
/