College Football // 3 years ago
No. 14 USC rides stout defense past Oregon State
LOS ANGELES -- No. 14 USC bounced back from its first loss of the season, with coach Clay Helton impressed with his team's defensive effort. 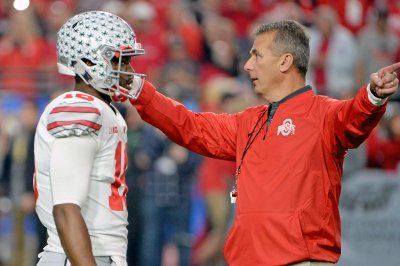 College Football // 3 years ago
No. 10 Ohio State Buckeyes, Maryland Terrapins preview, game time, outlook
For the second week in a row, Urban Meyer faces one of his former assistants when No. 10 Ohio State plays Maryland on Saturday afternoon. 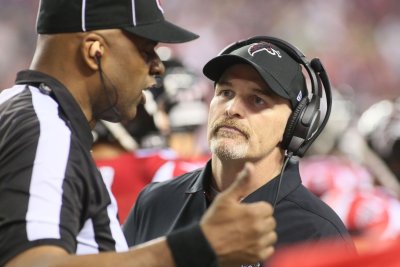 NFL // 3 years ago
Strong competition coming for Atlanta Falcons at right guard following Chris Chester retirement
When the Atlanta Falcons open their OTAs on Tuesday, all of the attention will shift to the middle of the offensive line.

Before this study, no one had a sense of the diversity of the microbes in the air

The testing is conducted to be sure the diagnosis is accurate, not to determine the choice of drug. Ninety-nine percent of anthrax strains are sensitive to penicillin

Gary Andersen is the head coach of the Utah State University college football team. He was hired as the program's 26th head coach on December 4, 2008 to replace Brent Guy, who was fired during the 2008 season. He has previously been the head coach at Southern Utah University (2003) and Park City High School (1994-1995).

Andersen began his football career playing center at Ricks College, then a junior college (now Brigham Young University–Idaho), where he received first-team juco All-America honors in 1984. He then transferred to the University of Utah in Salt Lake City, where he lettered on the football team for two years before graduating in 1986 with a bachelor's degree in political science.

FULL ARTICLE AT WIKIPEDIA.ORG
This article is licensed under the GNU Free Documentation License.
It uses material from the Wikipedia article "Gary Andersen."
Back to Article
/