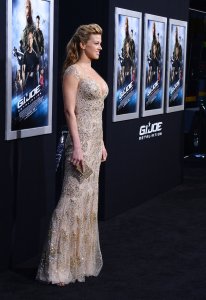 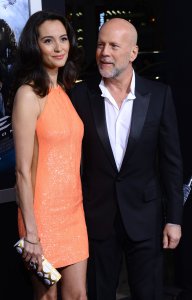 Entertainment News // 7 months ago
Netflix: What's coming and going in January 2022
"Brazen," "Rebelde" and new seasons of "Ozark" and "Too Hot to Handle" are headed to Netflix.

TV // 1 year ago
Henry Golding says being a dad is a 'crash course in reality' on 'GMA'
Henry Golding discussed becoming a father on "Good Morning America" Monday following the birth of his first child, Lila.

Entertainment News // 1 year ago
Netflix: What's coming and going in May 2021
"The Woman in the Window," "Jupiter's Legacy" and new seasons of "Lucifer," "Love, Death & Robots" and "Selena: The Series" Part 2 are headed to Netflix.

G.I. Joe is a line of action figures produced by the toy company Hasbro. The initial product offering represented four of the branches of the U.S. armed forces with the Action Soldier (U.S. Army), Action Sailor (U.S. Navy), Action Pilot (USAF), Action Marine (USMC) and later on, the Action Nurse. The term G.I. stands for Government Issue and became a generic term for U.S. soldiers (predating the action figures), especially ground forces. The development of G.I. Joe led to the coining of the term "action figure".

The G.I. Joe trademark has been used by Hasbro to title two different toy lines. The original 12-inch line that began in 1964 centered on realistic action figures. In the United Kingdom, this line was licensed to Palitoy and known as Action Man. In 1982, the line was relaunched in a 3¾-inch scale complete with vehicles, playsets, and a complex background story involving an ongoing struggle between the G.I. Joe Team and the evil Cobra Command which seeks to take over the Free World while using terrorism. As the American line evolved into the Real American Hero series, Action Man also changed, by using the same molds and being renamed as Action Force. Although the members of the G.I. Joe team are not superheroes, they all had expertise in areas such as martial arts, weapons and explosives.

The conventional marketing wisdom of the early 1960s was that boys would not play with dolls, thus the word "doll" was never used by Hasbro or anyone involved in the development or marketing of G.I. Joe. "Action figure" was the only acceptable term, and has since become the generic description for any poseable doll intended for boys. "America's movable fighting man" is a registered trademark of Hasbro, and was prominently displayed on every boxed figure package.

FULL ARTICLE AT WIKIPEDIA.ORG
This article is licensed under the GNU Free Documentation License.
It uses material from the Wikipedia article "G.I. Joe."