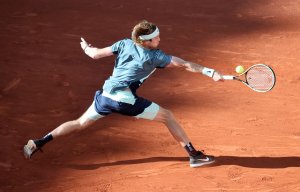 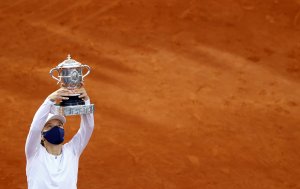 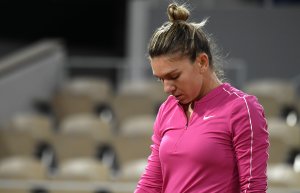 Sports News // 2 months ago
French Open tennis: Rafael Nadal, Casper Ruud advance to men's final
Rafael Nadal moved on to the French Open men's final Friday after his opponent, third-seeded Alexander Zverev of Germany, was forced to retire because of an ankle injury.

Sports News // 2 months ago
French Open tennis: Iga Swiatek, Marin Cilic advance to semifinals
No. 1 seed Iga Swiatek moved into the semifinals at the French Open with a 6-3, 6-2 win over Jessica Pegula on Wednesday in Paris.

What can I say? I played a very bad match today, it was definitely not my day

From here I won't be getting much rest, but I am looking forward to playing Rome as it is one of the most important tournaments on the circuit

I don't care how I won it, the important thing is I did

I've been playing very well lately, and I have a lot of confidence

It's not been easy, but I think the time has come for me to abandon tennis 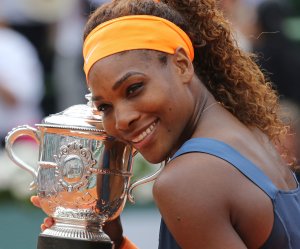 It is one of the most prestigious events in tennis, and it has the widest worldwide broadcasting and audience of all regular events in this sport. Because of the slow playing surface and the five-set men's singles matches without a tiebreak in the final set, the event is widely considered to be the most physically demanding tennis tournament in the world.

The singles champions for 2009 are the Swiss Male Roger Federer and the Russian Female Svetlana Kuznetsova.

FULL ARTICLE AT WIKIPEDIA.ORG
This article is licensed under the GNU Free Documentation License.
It uses material from the Wikipedia article "French Open."