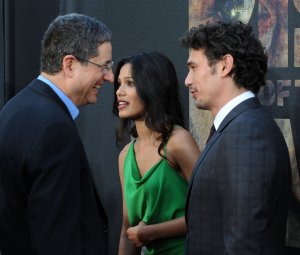 Movies // 2 years ago
'Mowgli' is torn between two worlds in latest trailer
A young boy raised in the jungles of India discovers he is a human in the latest trailer for Netflix's "Mowgli: Legend of the Jungle." 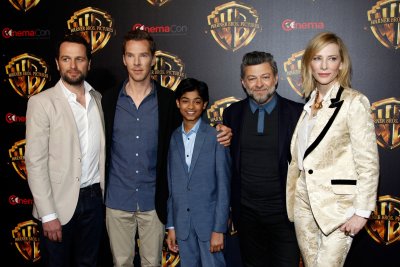 Movies // 2 years ago
Netflix acquires rights to Andy Serkis' 'Mowgli'
Netflix is to release director Andy Serkis' film "Mowgli" via its streaming service and in theaters next year.

I am very moved to be joining the great L'Oreal Paris family and all these personalities: a family I am now proud to be a part of

Freida Pinto (born 18 October 1984) is an Indian actress and model best known for her portrayal of Latika in the 2008 Academy Award winning film Slumdog Millionaire, for which she won a Screen Actors Guild Award for Outstanding Performance by a Cast in a Motion Picture. In 2010, she starred in the films You Will Meet a Tall Dark Stranger and as the title character in Miral. In 2011, she starred in the box-office hit, Rise of the Planet of the Apes.

Freida Pinto was born on 18 October 1984 to a Mangalorean Catholic family in Mumbai. Her mother, Sylvia, is a principal of St John's Universal High School (Goregaon), and her father, Frederick, is a senior branch manager at the Bank of Baroda. Her older sister Sharon is an associate producer for the NDTV news channel. Pinto dreamed of becoming an actress since she was five years old. When Freida was ten, Sushmita Sen won Miss Universe 1994, which turned out to be a defining point in Freida's life. She studied at Carmel of St. Joseph School in Malad, Mumbai and completed her Bachelor of Arts (BA) with a major in English Literature, and minors in Psychology and Economics, from St. Xavier's College, Mumbai. She also acted in plays and amateur theater while attending St. Xavier's. She later joined Elite Model Management and modeled for two and a half years.

Before starring in Slumdog Millionaire, Pinto anchored the international travel show, Full Circle, on Zee International Asia Pacific in English between 2006-08. Pinto was also featured in several television and print advertisements for products such as Wrigley's Chewing Gum, Škoda, Vodafone India, Airtel, and DeBeers. Pinto modeled for four years and appeared in runway shows and magazine covers. She learned acting from The Barry John's Acting Studio in Andheri and was trained by theatre director Barry John. After six months of auditions, she received a call to audition for Slumdog Millionaire. Pinto auditioned for Danny Boyle and was short-listed and finally selected to star in Slumdog Millionaire.

FULL ARTICLE AT WIKIPEDIA.ORG
This article is licensed under the GNU Free Documentation License.
It uses material from the Wikipedia article "Freida Pinto."
Back to Article
/