Movies // 3 years ago
Paul Rudd, Selena Gomez appear in trailer for Netflix's 'Fundamentals of Caring'
Netflix has released a trailer for its film adaptation of Jonathan Evison's novel "The Fundamentals of Caring."
Entertainment News // 1 decade ago
McCormack headlines new USA series
The USA Network has announced it is set to air a new drama about a female U.S. Marshal who looks out for people in the federal witness protection program.
Entertainment News // 1 decade ago
Edward Albee expands 1st play, 'Zoo Story'
Playwright Edward Albee has expanded "The Zoo Story," a short drama that established him as a promising writer for the New York theater in 1960.
Odd News // 1 decade ago
Entertainment Today: Showbiz News
Canadian pop singer Bryan Adams says someone took a shot at him as he rode a motorbike through London.
Odd News // 1 decade ago
'Take Me Out' of the closet
As Richard Greenberg's new play, "Take Me Out" opens, a Major League baseball all-star center fielder decides to come out of the closet, rocking the sports worl
Odd News // 1 decade ago
In good shape in 'The Shape of Things'
When Evelyn steps across a museum security line to approach a sculpture of God with a can of spray paint in her hand as the curtain goes up on "The Shape of Thi 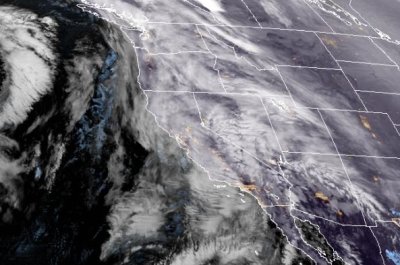 Weller was born in New Orleans and is the cousin of actor Peter Weller. He married Ali Marsh on September 6, 2003.

In 1993 he was one of the main regulars in the TV series Missing Persons. He has guest starred in episodes of Law and Order, Law and Order: Special Victims Unit and Law and Order: Criminal Intent, Monk and The Young Indiana Jones Chronicles. He has also appeared in several well-received films, such as Stonewall, The Business of Strangers, The Shape of Things, and the 2000 drama/miniseries, The Beach Boys: An American Family, as Brian Wilson.

FULL ARTICLE AT WIKIPEDIA.ORG
This article is licensed under the GNU Free Documentation License.
It uses material from the Wikipedia article "Frederick Weller."
Back to Article
/