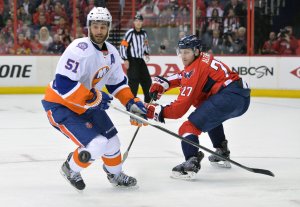 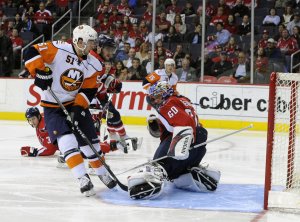 NHL // 3 years ago
Rangers, Red Wings on rolls heading into matchup
DETROIT -- The New York Rangers and Detroit Red Wings are both rebuilding but have played well in their past few games.

NHL // 3 years ago
Devils continue road trip against Red Wings
Just as the Detroit Red Wings are finally beginning to gain some traction in the NHL season, the New Jersey Devils look to have lost their way.

NHL // 5 years ago
NHL roundup: recap, scores, notes for every game played on March 30
MONTREAL -- Brendan Gallagher enjoyed a career night with a goal and three assists to send the Canadiens to a 6-2 win over the Florida Panthers that allowed Montreal to clinch a spot in the Stanley Cup playoffs.

NHL // 5 years ago
Tampa Bay Lightning rally again, defeat Detroit Red Wings
TAMPA, Fla. -- Already short-handed on the offensive end of the ice, the Tampa Bay Lightning learned 90 minutes before Thursday's game that they would be without leading scorer Nikita Kucherov, who was sidelined due to an illness.

NHL // 5 years ago
Ryan McDonagh scores twice in New York Rangers' win over Detroit Red Wings
DETROIT -- The road warriors of the NHL didn't take long to get their show back on track.

Frans Nielsen (born April 24, 1984) is a Danish professional ice hockey player currently playing with the New York Islanders of the National Hockey League (NHL). He is the first Danish citizen to play in the NHL.

With over 216 games in the Elitserien, Nielsen recorded 25 goals and 34 assists for 59 points and 66 penalty minutes.

FULL ARTICLE AT WIKIPEDIA.ORG
This article is licensed under the GNU Free Documentation License.
It uses material from the Wikipedia article "Frans Nielsen."