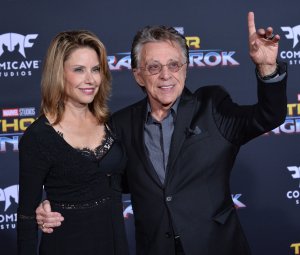 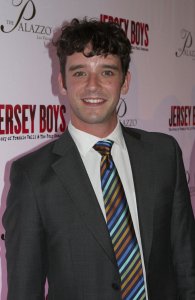 Top News // 5 years ago
The Almanac
On May 3, 1963, members of the Birmingham, Ala., police and fire departments used fire hoses against a group of African Americans marching for civil rights.
Movies // 7 years ago
Diane Keaton says she embraced her inner lounge singer for 'And So It Goes'
Diane Keaton says she loved playing a Connecticut lounge singer in the romantic comedy "And So It Goes" -- even if her voice isn't as good as Beyonce's.
Movies // 7 years ago
Clint Eastwood talks about his 'Rawhide' clip in 'Jersey Boys' movie
Clint Eastwood says he had a "Hitchcock moment" when a short clip featuring him in his "Rawhide" days was shown on a TV in his movie musical "Jersey Boys."
Music // 8 years ago
Christopher Walken to star in 'Jersey Boys' movie
Oscar-winning U.S. actor Christopher Walken is to star in Clint Eastwood's upcoming movie musical "Jersey Boys," the BBC reported.
Movies // 8 years ago
Rob Reiner directing 'And So It Goes...' in Conn.
Director Rob Reiner has started shooting his film "And So It Goes..." with Michael Douglas and Diane Keaton in Stamford, Conn., producers said.
Odd News // 8 years ago
The almanac
UPI Almanac for Friday, May 3, 2013.
Music // 8 years ago
Report: Frankie Valli to appear in Rob Reiner film
U.S. crooner Frankie Valli has signed on for a role in the comedy film "And So It Goes," starring Michael Douglas and Diane Keaton, The Hollywood Reporter said.
Music // 9 years ago
'Jersey Boys' heading to South Africa
The stage musical "Jersey Boys" is to make its South African premiere in April, producers said Thursday.

Frankie Valli (born May 3, 1934) is an Italian-American musician, most famous as frontman of The Four Seasons. He is well-known for his unusually powerful falsetto singing voice. Valli, Tommy DeVito, Nick Massi, and Bob Gaudio (the original members of The Four Seasons), were inducted into the Rock and Roll Hall of Fame in 1990 and the Vocal Group Hall of Fame in 1999.

Valli scored 29 Top 40 hits with The 4 Seasons, one Top 40 hit under The Four Seasons' alias 'The Wonder Who?', and nine Top 40 hits as a solo artist. As a member of The 4 Seasons, Valli's number one hits included "Sherry", "Big Girls Don't Cry", "Walk Like a Man", "Rag Doll" and "December 1963 (Oh, What A Night)". As a solo artist, Valli scored number one hits with the songs "My Eyes Adored You" and "Grease". Valli's recording of the song "Can't Take My Eyes Off You" reached number two in 1967. "You're Ready Now", a Valli solo recording from 1966, became a surprise hit in Great Britain as part of the Northern soul scene and hit number eleven on the British pop charts in December 1970.

Valli was born Francis Stephen Castelluccio in the First Ward of Newark, New Jersey. His father, Anthony, was a barber; His mother, Mary Rinaldi Castelluccio, was a homemaker. He was inspired to take up a singing career at the age of seven after his mother took him to see Frank Sinatra at the Paramount Theater in New York City. His early mentor was Texas singer Jean Valley, from whom he obtained his last name, although it took him some time to settle on the spelling "Valli". Until he could support himself with music, he worked as a barber.

FULL ARTICLE AT WIKIPEDIA.ORG
This article is licensed under the GNU Free Documentation License.
It uses material from the Wikipedia article "Frankie Valli."