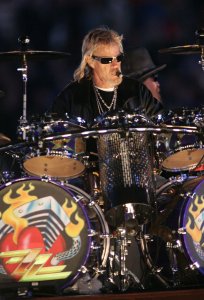 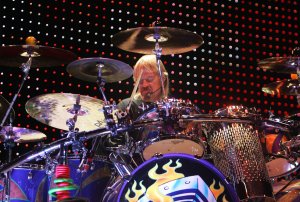 Frank Lee Beard (born June 11, 1949) in Frankston, Texas is the drummer in the rock band ZZ Top. Beard was formerly with The Cellar Dwellers, The Hustlers, The Warlocks, and The American Blues bands before starting to perform and record with Billy Gibbons and Dusty Hill as ZZ Top.

Beard was born in Frankston, Texas and attended Irving High School in Irving, Texas. In late 1969 he helped The Moving Sidewalks guitarist and vocalist Gibbons form ZZ Top. Beard introduced Gibbons to bassist and vocalist Dusty Hill, with whom Beard had played in the bands American Blues, the Warlocks, and the Cellar Dwellers. After honing their trademark Texas Boogie-Blues-Rock style, they released their aptly titled "ZZ Top's First Album" on London Records in January, 1971. When ZZ Top started, Beard was known by the nickname "Rube" and was credited as "Rube Beard" on the first album and on Tres Hombres, the band's third album, but is listed under his real name on Rio Grande Mud, their second album. After Tres Hombres, he was credited as "Frank Beard" on all the band's albums.

Ironically, Beard is the only member of ZZ Top who does not have a beard, usually wearing only a mustache (though he went through a phase in the 1990s with a tidy beard).

FULL ARTICLE AT WIKIPEDIA.ORG
This article is licensed under the GNU Free Documentation License.
It uses material from the Wikipedia article "Frank Beard."
Back to Article
/