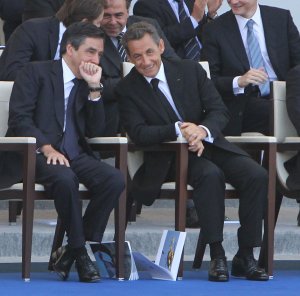 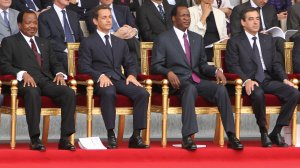 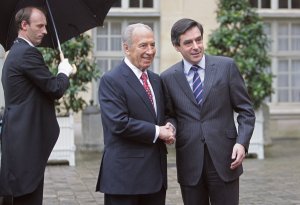 World News // 4 years ago
Opposition grows to Macron plan for formal first lady role
More than 300,000 people signed a petition, enough to apparently put plans on hold by French President Emmanuel Macron to create a formal role for his wife.

World News // 4 years ago
Accused Paris gunman previously threatened police, but not on any watch list
The man who shot a police officer dead and injured two others in Paris was not previously on any security watch list as a potential risk, officials said Friday.

World News // 4 years ago
Marine Le Pen on immigration: 'Give us France back'
Far-right French presidential candidate Marine Le Pen called for a moratorium on legal immigration in a Paris campaign speech.

World News // 5 years ago
Nicolas Sarkozy announces bid to retake French presidency
Four years after he was booted from office, former French President Nicolas Sarkozy said Monday that he will try next year to return to Élysée Palace.

Our armed forces in Afghanistan may invest more in the command structures, particularly in Kabul, in training the Afghan army and in the units in the Afghan provinces

We displayed at the same time firmness, determination, and a great capacity to listen which has enabled the labor unions to rediscover, sadly after nine days of confrontation, the path of negotiation

François Charles Armand Fillon (French pronunciation: ; born 4 March 1954 in Le Mans, Sarthe) is Prime Minister of France. He was appointed to that office by President Nicolas Sarkozy on 17 May 2007. He served initially until 13 November 2010 when he resigned from being prime minister before a planned cabinet reshuffle.

As a member of the UMP party, Fillon became Jean-Pierre Raffarin's Minister of Labour in 2002 and undertook controversial reforms of the 35-hour working week law and of the French retirement system (Lois Fillon). He became Minister of Education and Research in 2004 and proposed the much debated Fillon law on Education. In 2005, he was not included in the new government headed by Dominique de Villepin, but was elected senator for the Sarthe département. His role as a political advisor in Nicolas Sarkozy's successful race for president led to his current post.

FULL ARTICLE AT WIKIPEDIA.ORG
This article is licensed under the GNU Free Documentation License.
It uses material from the Wikipedia article "Francois Fillon."