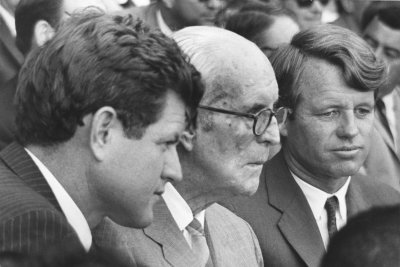 World News // 2 months ago
Court: Palace belongs to Spain, not Franco heirs
A Spanish court Wednesday ordered the family of former dictator Francisco Franco to return a palace to the country.

World News // 3 months ago
Former Spanish king Juan Carlos announces he'll self-exile amid financial scandals
Amid multiple financial scandals, former King of Spain, Juan Carlos I, announced Monday that he will leave the country in a self-imposed exile that would be "the best for Spain and for the Crown." 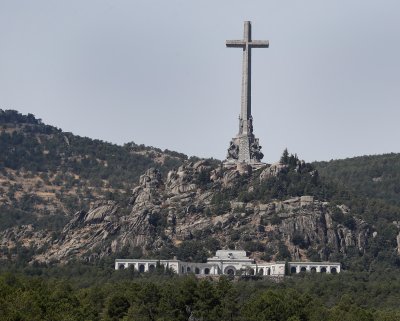 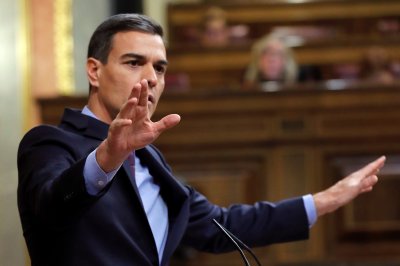 Francisco Paulino Hermenegildo Teódulo Franco y Bahamonde (4 December 1892 – 20 November 1975), known simply as Francisco Franco (Spanish pronunciation: ) or Franco(Spanish pronunciation: ), was a Spanish dictator, military general and head of state of Spain from October 1936 (as a unified nation from 1939 onwards), and de facto regent of the nominally restored Kingdom of Spain from 1947 until his death in November 1975. He came to power as a prominent member of the far-right Falange movement. As head of state, Franco used the title Caudillo de España, por la gracia de Dios, meaning Leader of Spain, by the grace of God, but also was called formally as His Excellency, The Head Of State.

Franco was from a military family, and although originally intent on entering the Spanish Navy, he instead became a soldier. He participated in the Rif War in Morocco, becoming the youngest general in Europe by 1926. After returning to the Spanish mainland, he saw service suppressing an anarchist-led strike in 1934, defending the stability of Alcalá-Zamora's conservative government. Following the formation of a Popular Front government, made up of various left-wing factions, instability heightened. Violence between militant groups rose sharply with assassination of conservative parliamentary leader José Calvo Sotelo in retaliation for the killing of José Castillo. Franco and his co-conspirators used Calvo's death as their pretext for war, even though they had already initiated the plan for their rebellion.

Franco and the military participated in a coup d'état against the Popular Front government. The coup failed and devolved into the Spanish Civil War during which Franco emerged as the leader of the Nationalists against the Popular Front government. After winning the civil war with military aid from Italy and Nazi Germany—while the communist Soviet Union and various Internationalists aided certain forces of the left—he dissolved the Spanish Parliament. He then established a right-wing authoritarian regime that lasted until 1978, when a new constitution was drafted. During World War II, Franco officially maintained a policy of non-belligerency and later of neutrality, in part because Spain had not recovered from the considerable damage of the civil war. However, he supported the volunteer Blue Division who fought with the Axis on the Eastern Front. He was initially disliked by Cuban Fulgencio Batista, who, during World War II, had suggested a joint U.S.-Latin American assault on Spain in order to overthrow Franco's regime.

FULL ARTICLE AT WIKIPEDIA.ORG
This article is licensed under the GNU Free Documentation License.
It uses material from the Wikipedia article "Francisco Franco."
Back to Article
/