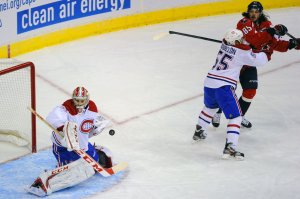 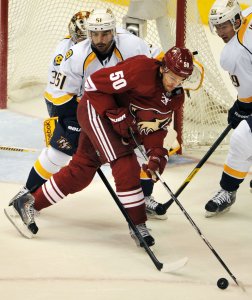 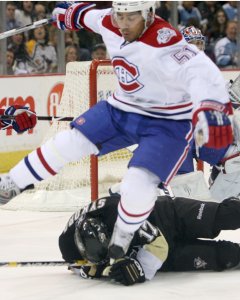 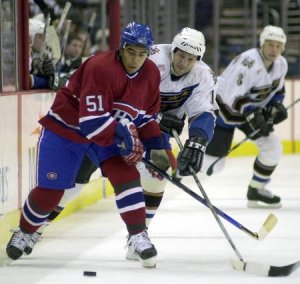 Bouillon was born in New York City to a Québécois mother and a Haitian father. He was signed as a free agent by the Montreal Canadiens in 1998, with whom he has played most of his career (except for a short stint with the Predators in 2002–03 and another stint with the Predators starting in 2009–10). At 5'8" and 201 lbs, Bouillon is considered small for an NHL defencemen but is never one to shy away from physical play. According to Pierre Houde, he is one of the strongest players in the NHL, according to official physical tests.

Nicknames in English for Francis include "Cube" or "Soupy" (as a reference to bouillon cubes), "Frank the Tank", and "Franky B". In French, people call him "le petit guerrier" which means "the little warrior", due to his physical intensity and his small stature.

FULL ARTICLE AT WIKIPEDIA.ORG
This article is licensed under the GNU Free Documentation License.
It uses material from the Wikipedia article "Francis Bouillon."
Back to Article
/