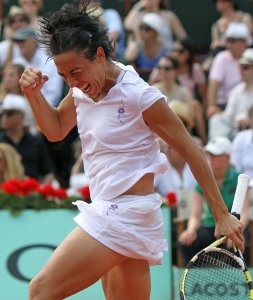 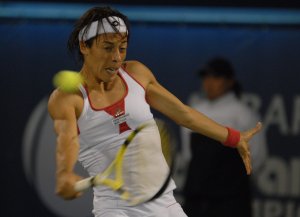 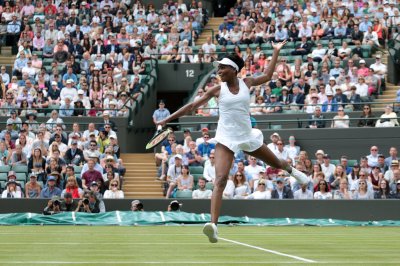 Tennis // 3 years ago
2017 Wimbledon: Venus Williams survives second-round scare
Tenth-seeded and five-time Wimbledon champion Venus Williams dropped the opening set on Wednesday but rallied to move into the third round.

Tennis // 3 years ago
Petra Kvitova to make return at French Open after knife attack
2-time Wimbledon champion Petra Kvitova announced that she will play in the French Open just six months after being viciously attacked by a knife-wielding man.

Tennis // 3 years ago
Novak Djokovic wins first-round match in Acapulco
Playing for the first time since his early ouster at the Australian Open, Novak Djokovic posted a straight-sets victory Tuesday in the first round of the Abierto Mexicano Telcel tournament in Acapulco, Mexico.

Sports News // 4 years ago
Puerto Rico's Monica Puig advances in Brazil
Third-seeded Monica Puig of Puerto Rico advanced to the semifinals of the Brasil Tennis Cup with a 6-3, 6-4 victory. 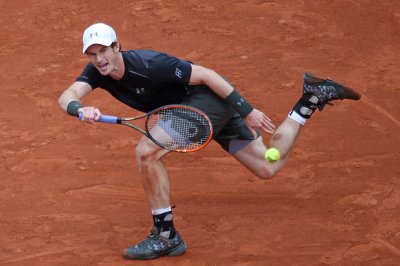 Tennis // 4 years ago
French Open: Andy Murray tops Radek Stepanek in five sets, comments on tough match
It took nearly four hours over two days, but the world's No. 2 player, Andy Murray, finally advanced out of the first round at the French Open.

I served well and was aggressive right to the end

There were just a few points difference in the first set

My tennis wasn't perfect today, but it was very good

Francesca Schiavone (Italian pronunciation: ; born 23 June 1980 in Milan) is an Italian tennis player who turned professional in 1998. She won the 2010 French Open singles title, becoming the first Italian woman to win a Grand Slam event in singles. She was also runner-up at the 2011 French Open. As of 20 August 2011, Schiavone's ranking is World No. 8; her career high ranking is World No. 4, achieved on 31 January 2011.

Schiavone employs an all court game and has a very classic approach to her clay game. She uses an extreme eastern grip on her one handed backhand. Chris Fowler and Brad Gilbert described her forehand as a "buggy whip."

Schiavone has won four singles titles on the WTA tour, but has also achieved ten runner-ups in total, eight of them since the autumn of 2005. Schiavone lost her first eight career finals before finally winning her first title in July 2007. She and her Italian teammates Mara Santangelo, Flavia Pennetta, and Roberta Vinci beat the Belgium team 3–2 in the 2006 Fed Cup final. Justine Henin had to retire in the fifth and final match due to an injury in her right knee, which let Italy win their first Fed Cup trophy. This match was a doubles match and Kirsten Flipkens partnered Henin and Roberta Vinci partnered Schiavone. In 2009 she won the Fed Cup with Italy for the second time against the USA, and also made the quarterfinals of Wimbledon for the first time. In 2010 Italy with Schiavone won the Fed Cup for the third time.

FULL ARTICLE AT WIKIPEDIA.ORG
This article is licensed under the GNU Free Documentation License.
It uses material from the Wikipedia article "Francesca Schiavone."
Back to Article
/