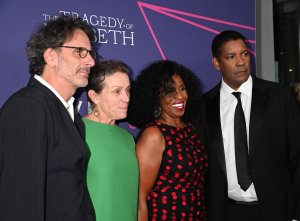 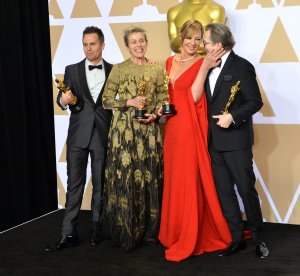 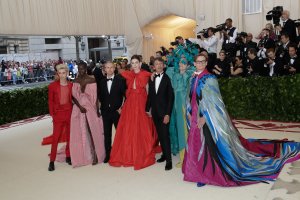 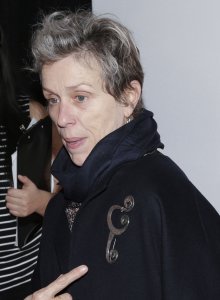 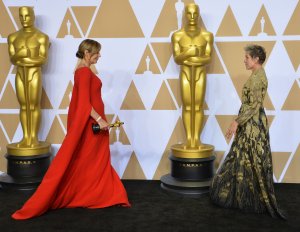 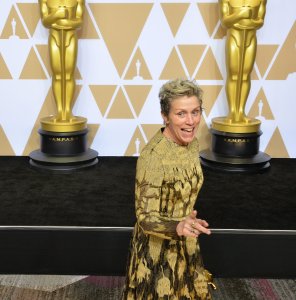 Movies // 4 months ago
Academy Awards: Actors with most Oscar wins
The 94th annual Academy Awards are taking place on Sunday and will once again honor excellence in acting, among other film categories.

Entertainment News // 1 year ago
SAG Awards: How to watch, what to expect
The 27th Screen Actors Guild Awards will air Sunday at 9 p.m. EDT on TNT and TBS.

Frances Louise McDormand (born June 23, 1957) is an American film, stage, and television actress. She won the Academy Award for Best Actress in 1996 for her role as Marge Gunderson in Fargo. She has also been nominated for the Academy Award For Best Supporting Actress three times for her performances in Mississippi Burning, Almost Famous, and North Country. She has been nominated for four Golden Globes, three BAFTA Awards, two Tony Awards,and an Emmy Award.

McDormand was born in Chicago, Illinois and was adopted by the McDormands, a Canadian couple - Noreen, a registered nurse and receptionist, and Vernon, a Disciples of Christ pastor. She has said that her biological mother may have been one of the parishioners at Vernon's church. She has a sister, Dorothy A. McDormand, who is an ordained Disciples of Christ minister and chaplain, as well as another sibling, both of whom were adopted by the McDormands, who had no biological children. As her father specialized in restoring congregations, he frequently moved their family, and they lived in several small towns in Illinois, Georgia, Kentucky and Tennessee, before settling in the Pittsburgh, Pennsylvania area town of Monessen, where she graduated from high school in 1975. She attended Bethany College, West Virginia, and earned a B.A. in Theater in 1979.

In 1982, McDormand earned an M.F.A. from the Yale University School of Drama. She was a roommate of Holly Hunter at the time. Her first professional acting job was in Trinidad and Tobago, performing in a play written by poet Derek Walcott and funded by the MacArthur Foundation.

FULL ARTICLE AT WIKIPEDIA.ORG
This article is licensed under the GNU Free Documentation License.
It uses material from the Wikipedia article "Frances McDormand."