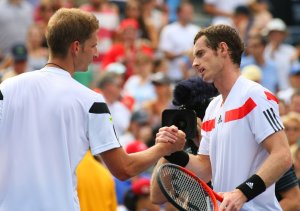 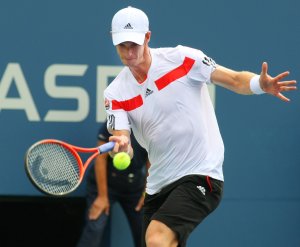 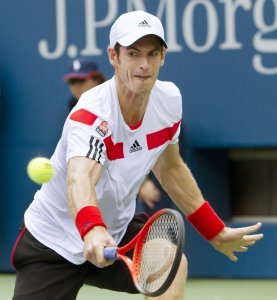 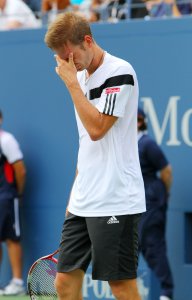 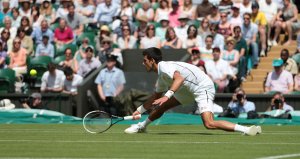 Tennis // 4 years ago
Roger Federer rolls to victory in 2017 Swiss Indoors
Top-seeded Roger Federer made a victorious return to his hometown with a lopsided victory Tuesday in his opening match of the Swiss Indoors at Basel, Switzerland.

Tennis // 4 years ago
2017 Wimbledon: Andy Murray, Rafael Nadal advance to Wimbledon third round
Top-seeded Andy Murray wasted no time on Wednesday at Wimbledon, storming into the third round with a convincing 6-3, 6-2, 6-2 win over Dustin Brown.

Sports News // 4 years ago
Roger Federer continues dominating play in Halle
Top-seeded Roger Federer overcame a stern challenge from Mischa Zverev on Thursday before recording a 7-6 (4), 6-4 victory in a second-round match at the ATP Gerry Weber Open in Halle, Germany.

Tennis // 5 years ago
Struggling No. 1 Andy Murray ousted in Rome by Fabio Fognini
Andy Murray suffered another setback, losing to Fabio Fognini of Italy 6-2, 6-4 in his opening match of the Internazionali BNL d'Italia in Rome.

Tennis // 5 years ago
Rafael Nadal rolls into second round of Australian Open
Rafael Nadal, coming off his worst Grand Slam season since he was 18 years ago, started the first major of 2017 in fine fashion.

Florian Mayer (born 5 October 1983) is a German professional tennis player. He plays on both the ATP Tour and the Challenger Tour. He has won nine Challenger events, which has helped him stay in the Top 50 on the rankings, and is currently the highest-ranked player without an ATP title.

Mayer has reached four ATP singles finals, two at Sopot in 2005 and 2006, one at Stockholm in 2010 and one at the 2011 BMW Open in Munich. He lost to Gaël Monfils, Nikolay Davydenko, Roger Federer and again Nikolay Davydenko respectively.

FULL ARTICLE AT WIKIPEDIA.ORG
This article is licensed under the GNU Free Documentation License.
It uses material from the Wikipedia article "Florian Mayer."