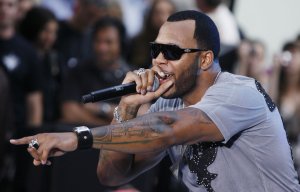 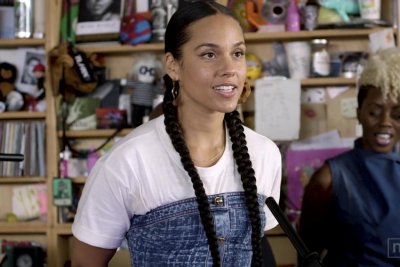 Entertainment News // 9 months ago
Cody Simpson: 6 months with Miley Cyrus 'worth a lifetime with anybody else'
"Golden Thing" singer Cody Simpson voiced his love for Miley Cyrus on their six-month anniversary as a couple.

Music // 1 year ago
Nelly, TLC, Flo Rida to embark on summer tour
"Freaky with You" rapper Nelly, TLC and Flo Rida will kick off an outdoor amphitheater tour July 23 in Tuscaloosa, Ala. 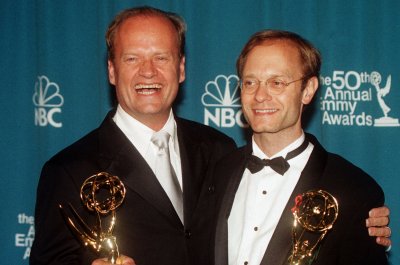 Tramar Dillard (born September 17, 1979), better known by his stage name Flo Rida (spells like "Florida", sounds like "flow rider"), is an American rapper and singer-songwriter. He released his debut album, Mail on Sunday, in March 2008. His debut single "Low", featuring T-Pain, was a #1 hit for ten weeks in United States in early 2008. Two other singles resulted from Mail on Sunday: "Elevator" and "In the Ayer". In 2009, his second album R.O.O.T.S. was released; its most successful single "Right Round" was at the top of the Hot 100 for six weeks. Since then, he has released his third studio album titled Only One Flo (Part 1), which will see a sequel titled Only One Rida (Part 2).

Tramar Dillard was born in the 187th Street projects of Carol City, Florida. His single mother raised him and his seven sisters, some of whom sang in a local gospel group. Dillard's brother-in-law was a hypeman for local rap group 2 Live Crew, and, while in Ninth Grade, Dillard formed his own amateur group with some friends called the Groundhoggz. His work with 2 Live Crew member Fresh Kid Ice attracted attention of DeVante Swing, a member of the band Jodeci. However, he was rejected by several of the major labels, so he sought many other jobs outside of music. After graduating from high school in 1998, he studied international business management at the University of Nevada, Las Vegas for two years and attended Barry University for two months. He returned to Florida to continue pursuing his music career after receiving a phone call from a representative of the independent label Poe Boy Entertainment. Dillard signed with Poe Boy in 2006, and as Flo Rida he began affiliating with other artists, such as Rick Ross, Trina, T-Pain, and Trick Daddy. A promotional street single entitled "Birthday", featuring Rick Ross, was his first significant release. He made his debut guest appearance with the song "Bitch I'm from Dade County" on DJ Khaled's album We the Best, which featured Trick Daddy, Trina, Rick Ross, Brisco, C-Ride, and Dre.

Flo Rida's first single was "Low", featuring T-Pain. It was his first official single from his debut album Mail On Sunday and the soundtrack to the movie Step Up 2: The Streets. "Low" reached #1 on the Billboard Hot 100 chart. "Elevator", featuring Timbaland, "In the Ayer" featuring will.i.am, and "Roll" featuring Sean Kingston followed and all charted on the Hot 100 and other charts.

FULL ARTICLE AT WIKIPEDIA.ORG
This article is licensed under the GNU Free Documentation License.
It uses material from the Wikipedia article "Flo Rida."
Back to Article
/