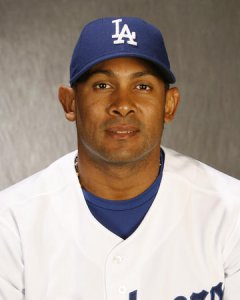 MLB // 4 months ago
MLB playoffs: Bellinger robs Tatis HR, Dodgers edge Padres
Cody Bellinger made the play of the game with a home run robbery of Fernando Tatis Jr. to help the Los Angeles Dodgers hang on for a narrow win over the San Diego Padres in Game 2 of the National League Division Series.

MLB // 5 months ago
Padres beat Mariners to clinch 1st playoff berth since 2006
The San Diego Padres are headed to the MLB playoffs after beating the Seattle Mariners in extra innings Sunday night. 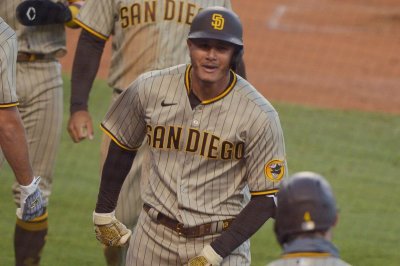 MLB // 6 months ago
Dodgers win on 93-mph walk-off throw from outfield
Chris Taylor launched a 93.3-mph throw from the outfield to get a would-be game tying run out at the plate and give the Los Angeles Dodgers a walk-off win against the San Diego Padres.

MLB // 10 months ago
Players from all 30 MLB teams to compete in virtual league
A player from each of Major League Baseball's 30 teams will compete in a virtual league on "MLB The Show" to help raise money for the Boys & Girls Club of America and Canada during the coronavirus pandemic.

At 17 years old, Tatís was signed as an amateur free agent by the Texas Rangers on August 25, 1992. He made his Major League Baseball debut with the Rangers at third base almost five years later on July 26, 1997 and would go on to play 60 games with the Rangers in his rookie season. At the trade deadline on July 31, 1998, the Rangers traded Tatís along with Darren Oliver and Mark Little to the St. Louis Cardinals for Royce Clayton and Todd Stottlemyre.

Tatís enjoyed a career year in 1999 with the St. Louis Cardinals, when he hit 34 home runs with 107 RBI and 21 stolen bases while posting a .298 batting average. On April 23, 1999, Tatís made history by hitting two grand slams in a single inning. He hit both against Chan Ho Park of the Los Angeles Dodgers. With this feat, Tatís also set a Major-League record with eight RBI in a single inning. After only playing in 96 games in 2000 due to injury, Tatís was traded to the Montreal Expos with Britt Reames for Dustin Hermanson and Steve Kline. Unfortunately for the Expos, Tatís would only play in 208 games over the span of three seasons for them due to various injuries and time on the disabled list.

FULL ARTICLE AT WIKIPEDIA.ORG
This article is licensed under the GNU Free Documentation License.
It uses material from the Wikipedia article "Fernando Tatis."
Back to Article
/