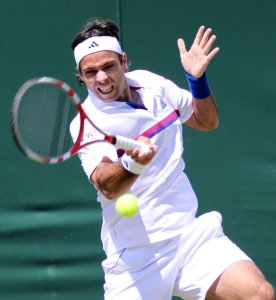 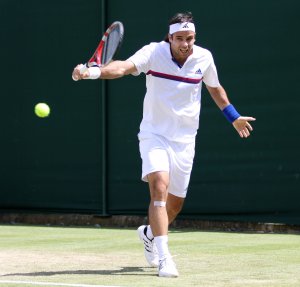 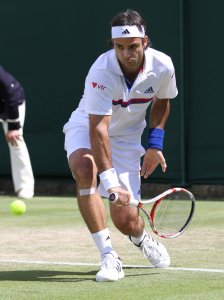 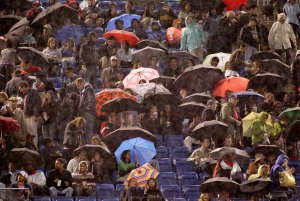 Odd News // 2 years ago
Rhinoceros attacks SUV at safari park in Mexico
A visitor to a safari-style Mexican zoo captured video of a rhinoceros attacking another vehicle traveling through the park.
U.S. News // 7 years ago
Second 'Cuban Five' agent released from prison in United States
Fernando Gonzalez, one of the "Cuban Five" group of intelligence agents, was released Thursday from a U.S. prison, the Bureau of Prisons said.
Science News // 7 years ago
Use of ancient lead in modern physics experiments ignites debate
Physicists and archaeologists are at odds over the use in contemporary experiments in particle physics of lead recovered from ancient shipwrecks.
Sports News // 9 years ago
Top two seeds in Buenos Aires semifinals
Nicolas Almagro inched closer to a second championship in as many weeks Friday by earning a semifinal berth in the Copa Claro.
Sports News // 9 years ago
Almagro seeks second straight title
No. 2 seed Nicolas Almagro breezed into the quarterfinals of the Copa Claro Thursday, keeping him in the running for a second consecutive championship.
Sports News // 9 years ago
Ferrer coasts into Buenos Aires quarters
No. 1 seed David Ferrer easily reached the quarterfinals Wednesday at the Copa Claro clay-court tournament.
Sports News // 9 years ago
Top-seeded Monaco breezes in Chile
Top-seeded Juan Monaco of Argentina had little trouble advancing at the VTR Open Wednesday, dominating Igor Andreev 6-2, 6-1 in a second-round match.
Sports News // 9 years ago
Chile's Gonzalez advances at Vina del Mar
Fernando Gonzalez began his quest for a fifth Vina del Mar, Chile, title Tuesday with a win over Pere Riba in opening-round action at the VTR Open.
Sports News // 9 years ago
Gulbis ousts No. 5 seed at Farmers Classic
Ernest Gulbis of Latvia upset No. 5 seed Xavier Malisse 2-6, 6-3, 7-6 (5) Tuesday in a first-round match at the Farmers Classic in Los Angeles.
Sports News // 1 decade ago
Gonzalez, Hewitt bounced in Barcelona
Fourth-seeded Fernando Gonzalez and No. 12-seeded Lleyton Hewitt were upset victims Wednesday in second-round play of the $2.1 million Barcelona Open in Spain.

It was really tough because he was playing very good tennis

At the beginning of the third set, I told myself that I had to get on top right away and fortunately I did

I am very happy with the way I played, and I'm just trying to take advantage of my momentum

Fernando Francisco González Ciuffardi (born July 29, 1980) is a professional tennis player from Chile. He is known for having one of the hardest hitting forehands on the circuit. In Spanish he is called El bombardero de La Reina ("The La Reina bomber") and Mano de Piedra ("Stone Hand"). The English-language media has labeled him "Gonzo."

González is one of the few active players to have reached at least the quarter-final round of all four Grand Slam tournaments. He played his first major final at the 2007 Australian Open, losing to top-ranked Roger Federer. He is the fourth male tennis player in history to have won each Olympic medal (gold in doubles and bronze in singles at Athens 2004, and silver in singles at Beijing 2008). Throughout his career, he has defeated many former number-one players, including Lleyton Hewitt, Andre Agassi, Roger Federer (all while they held the top spot), Rafael Nadal, Andy Roddick, Juan Carlos Ferrero, Carlos Moyà, Gustavo Kuerten, Marat Safin and Pete Sampras. González has qualified twice for the year-end Masters Cup event and was runner-up at two Masters Series tournaments. He is arguably known as Chile's best tennis player of the 2000s.

At age four, González spent his time playing both soccer and tennis. His father, who was an amateur tennis player since his 20s, was able to convince his son to opt for tennis over soccer. He began playing tennis at the age of six. He moved in with his family to the La Reina commune in eastern Santiago, where he practiced with his coach Claudio González (no relation) at the Club La Reina, three times a week.

FULL ARTICLE AT WIKIPEDIA.ORG
This article is licensed under the GNU Free Documentation License.
It uses material from the Wikipedia article "Fernando Gonzalez."
Back to Article
/