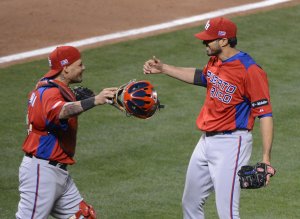 I represent the third-poorest district in the city, and I can tell you most of my constituents won't be able to afford $20 or $25

Cabrera was drafted by the Cleveland Indians in the 10th round of the 1999 Major League Baseball Draft and signed in August 1999. He was selected to participate in the 2005 All-Star Futures Game. He was designated for assignment by Cleveland on August 1, 2007, and was subsequently released on August 9.

The Tampa Bay Devil Rays claimed him off release waivers on August 13 and had 5 days to sign him or let Cabrera become a free agent. Cabrera decided to become a free agent and signed a minor league contract with the Baltimore Orioles on August 21, 2007. The Orioles recalled Cabrera in September 2007. He was placed on the 15-day disabled list by the Orioles at the beginning of the 2008 season. On September 5, 2008, Cabrera was released by the Orioles.

FULL ARTICLE AT WIKIPEDIA.ORG
This article is licensed under the GNU Free Documentation License.
It uses material from the Wikipedia article "Fernando Cabrera."
Back to Article
/