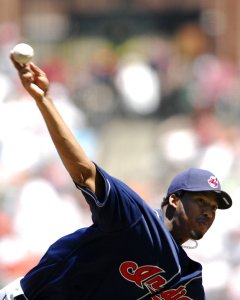 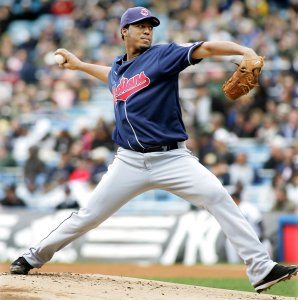 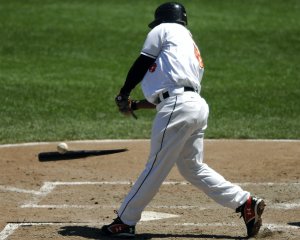 Sports News // 4 years ago
Atlanta Braves' homers help Roberto Hernandez to first win since 2015
ST. LOUIS -- Freddie Freeman's rare struggles end up being magnified by the lack of production from his teammates.

Fausto C. Carmona (born December 7, 1983) is a right-handed pitcher for the Cleveland Indians of Major League Baseball. Carmona made his major league debut with the Indians on April 15, 2006. He was initially used as a starting pitcher, but later in the season was turned into a reliever, and now is a starting pitcher again.

He is known for his hard sinker and exhibiting good control of his pitches. He did not throw exceptionally hard when he first debuted in the minor leagues at age 18, but has since developed a fastball that can reach 97 mph. He also throws a slider and a changeup, but relies mostly on his hard sinker to get many ground ball outs.

Carmona was the first non-rehab start player and full-time roster member of the Lake County Captains to play a game in the big leagues.

FULL ARTICLE AT WIKIPEDIA.ORG
This article is licensed under the GNU Free Documentation License.
It uses material from the Wikipedia article "Fausto Carmona."
Back to Article
/