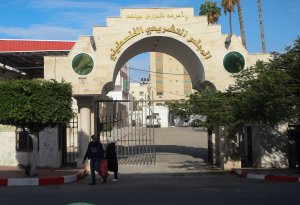 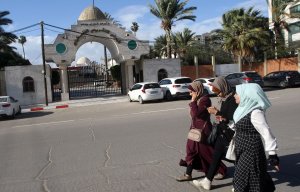 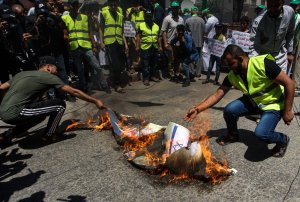 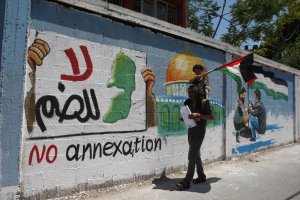 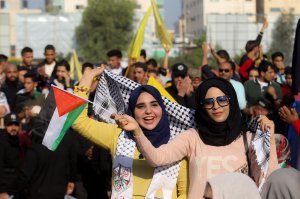 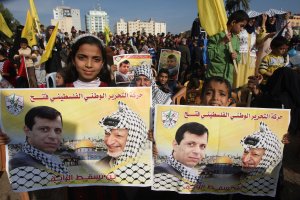 World News // 7 months ago
Egypt hands down prison sentences to three activists in 2011 uprising
Egypt on Monday sentenced Alaa Abd El-Fattah and two other key activists in the country's 2011 uprising to time in prison.

World News // 11 months ago
6 Palestinians escape from high-security Israeli prison
Authorities in Israel said they are searching for six Palestinian prisoners who escaped from a high-security prison early Monday through the use of a tunnel.

World News // 1 year ago
Longtime Palestinian negotiator Saeb Erekat dies of COVID-19
Saeb Erekat, one of the most prominent names in Palestinian peace efforts over the past four decades, died of COVID-19 on Tuesday. He was 65.

Fataḥ (Arabic: فتح‎) (also known as Fateh) is a major Palestinian political party and the largest faction of the Palestine Liberation Organization (PLO), a multi-party confederation. In Palestinian politics it is on the left-wing of the spectrum; it is mainly nationalist, although not predominantly socialist. Its main goal, as stated in Article 12 of the official Fatah constitution, is the "complete liberation of Palestine, and eradication of Zionist economic, political, military and cultural existence."

Fatah is generally considered to have had a strong involvement in revolutionary struggle in the past and has maintained a number of militant/terrorist groups, though unlike its rival Islamist faction Hamas, Fatah is not currently regarded as a terrorist organization by any government.

In the January 25, 2006 parliamentary election, the party lost its majority in the Palestinian parliament to Hamas, and resigned all cabinet positions, instead of assuming the role as the main opposition party. Fatah's size is estimated at 6,000-8,000 fighters with 45-300 politicians.

FULL ARTICLE AT WIKIPEDIA.ORG
This article is licensed under the GNU Free Documentation License.
It uses material from the Wikipedia article "Fatah."