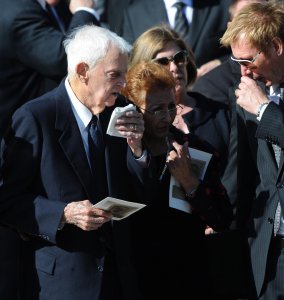 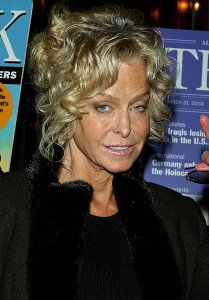 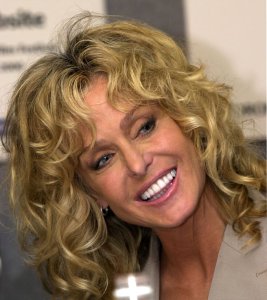 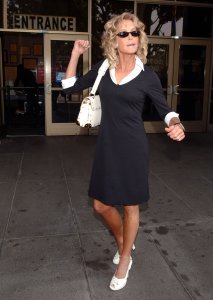 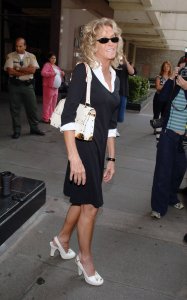 Movies // 3 years ago
Kristen Stewart to star in 'Charlie's Angels' re-boot
Director Elizabeth Banks confirmed via Twitter who will star in her upcoming, big-screen re-boot of "Charlie's Angels."

Top News // 5 years ago
The Almanac
On Feb. 2, 1933, two days after becoming chancellor of Germany, Adolf Hitler ordered dissolution of the Parliament.

World News // 6 years ago
Labor activist from South Korea's dark past finally finds justice
On May 18, 1980, Bae Ok-byoung, a South Korean assembly line worker in southern Seoul, was taken into police custody and tortured for leading a labor strike.
Health News // 8 years ago
The Farrah Fawcett Foundation seeks new therapy for HPV-related cancers
The Farrah Fawcett Foundation and others support a research team dedicated to developing a new vaccine for patients who have relapsed from HPV-related cancers.
Entertainment News // 8 years ago
'Dating Show' host Jim Lange dead at 81
Original {i:Dating Show} host Jim Lange died Tuesday at age 81 after suffering a heart attack at his home in California.

Cancer is a disease that is mysterious, headstrong and makes its own rules

Cher is a friend who has been encouraging and supportive of Farrah in general, but no, not specifically about Germany or alternative treatments

Throughout the journey of my life, I have maintained a strong faith in the power of the human spirit to overcome adversity

Ferrah Leni Fawcett was born in Corpus Christi, Texas, the younger of two daughters. Her mother, Pauline Alice (née Evans; January 30, 1914 - March 4, 2005), was a homemaker, and her father, James William Fawcett (1917 - August 23, 2010), was an oil field contractor. She was of Irish, French, English, and Choctaw Native American ancestry. Fawcett once said the name "Ferrah" was "made up" by her mother because it went well with their last name; she later changed the spelling.

A Roman Catholic, Fawcett's early education was at the parish school of the church her family attended, St. Patrick's Roman Catholic Church in Corpus Christi. She graduated from W. B. Ray High School in Corpus Christi, where she was voted "Most Beautiful" by her classmates in 1965. For three years, 1965–68, Fawcett attended the University of Texas at Austin, living one semester in Jester Center, and she became a sister of Delta Delta Delta Sorority. During her sophomore year, she appeared in a photo of the "Ten Most Beautiful Coeds" from the university, which ran in Cashbox magazine. A Hollywood publicist saw the photo, called Fawcett and over the course of a year urged her to move to Los Angeles, which she did the summer following her junior year, with her parents' permission to "try her luck" in Hollywood over the course of the summer. She did not return.

FULL ARTICLE AT WIKIPEDIA.ORG
This article is licensed under the GNU Free Documentation License.
It uses material from the Wikipedia article "Farrah Fawcett."