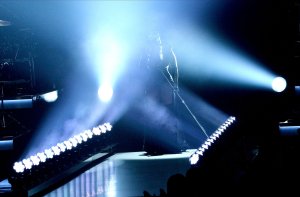 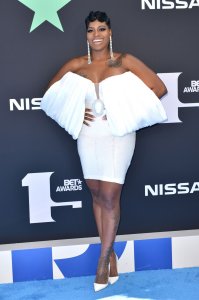 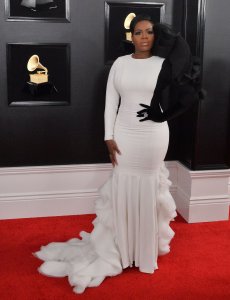 A lot of doors are opening for me right now

Fantasia Monique Barrino (born June 30, 1984), commonly known as Fantasia, is an American R&B/soul singer, Broadway and television actress who rose to fame as the winner of the third season of the television series American Idol in 2004. She has been nominated for eight Grammy Awards. After playing the part of Celie in the Broadway musical The Color Purple, she is cast to be in the film adaptation of the musical.

Fantasia Barrino was born and raised in High Point, North Carolina, to Joseph and Diane Barrino. In her autobiography Life Is Not a Fairy Tale, Fantasia, who is African American, explains that a family rumor suggests her father was of Cuban descent, but there are no sources to verify that claim. Fantasia is the CD Miracles for a local label. Fantasia's singing style was shaped by the example of gospel singers like Shirley Caesar and The Clark Sisters. Rhythm & Blues singers such as Aretha Franklin, Tina Turner, Patti LaBelle, and Chaka Khan also left a strong impact on young Fantasia.

She attended Andrews High School in High Point. After she was raped by a classmate, she was left feeling harassed and embarrassed and dropped out of high school. She later became pregnant at age sixteen and on August 8, 2000, she gave birth to her daughter, Zion Quari Barrino. She broke up with Zion's father because he was physically abusive towards her. Fantasia then briefly moved to neighboring Greensboro, North Carolina before trying out for the American Idol Auditions in Atlanta.

FULL ARTICLE AT WIKIPEDIA.ORG
This article is licensed under the GNU Free Documentation License.
It uses material from the Wikipedia article "Fantasia Barrino."
Back to Article
/