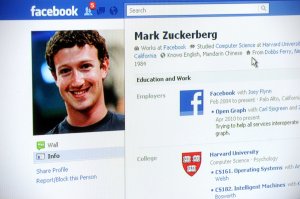 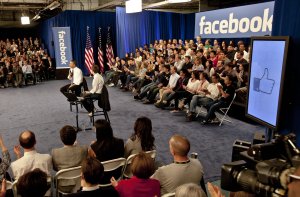 U.S. News // 9 years ago
Virginia GOP reconsiders voter pledge
Virginia Republican Chairman Pat Mullins announced Wednesday on Facebook there would be a meeting Jan. 21 to reconsider a voter loyalty pledge, officials say.
World News // 9 years ago
Swedish man accused of raping teens
A Swedish man is accused of raping five teenage girls he allegedly met on Facebook, prosecutors said.
Business News // 9 years ago
Nail that elusive job, promotion or raise
Finding a job in 2012 will be hard but not hopeless, Chicago human resources firm Challenger, Gray & Christmas said Tuesday.
World News // 9 years ago
Town mourns father, 2 sons killed in fire
A small town in British Columbia is mourning the New Year's Day mobile home fire that killed a 28-year-old man and his two sons, 3 and 4, police said.
U.S. News // 9 years ago
Son of Motown's Joe Billingslea killed
The manager of a Detroit nightclub was shot and killed while trying to break up an altercation between customers on New Year's Day, police said.
Special Reports // 9 years ago
U.S. envoy to Syria appalled by violence
The killing of hundreds of people at the hands of Syrian security forces is a tragedy condemned by much of the world, the U.S. envoy to Damascus said.
World News // 9 years ago
Student's accused killer: I am 'Psycho'
The 20-year-old Englishman charged with killing an Indian university student gave his first name as "Psycho" during a brief court appearance Monday.
World News // 9 years ago
Offensive Facebook images trigger riots
Rioting broke out in Assuit, Egypt, after a 15-year-old Coptic student allegedly posted offensive images of the Prophet Mohammed on Facebook, authorities say.
Odd News // 9 years ago
Juror kicked off for Facebook request
A Florida man removed from a civil trial jury after sending a Facebook friend request to a defendant was "very close to going to jail," an attorney said.
World News // 9 years ago
Ultra-conservative Jews adopt Nazi theme
The use of Nazi symbols and Holocaust prisoner uniforms by protesting ultra-Orthodox Jews in a Jerusalem neighborhood sparked a national outcry Sunday.

Facebook is a social networking service and Web site launched in February 2004, operated and privately owned by Facebook, Inc.[1] As of July 2011[update], Facebook has more than 800 million active users.[6] Users must register before using the site, after which they may create a personal profile, add other users as friends, and exchange messages, including automatic notifications when they update their profile. Additionally, users may join common-interest user groups, organized by workplace, school or college, or other characteristics, and categorize their friends into lists such as "People From Work" or "Really Good Friends". The name of the service stems from the colloquial name for the book given to students at the start of the academic year by some university administrations in the United States to help students get to know each other. Facebook allows any users who declare themselves to be at least 13 years old to become registered users of the site.

FULL ARTICLE AT WIKIPEDIA.ORG
This article is licensed under the GNU Free Documentation License.
It uses material from the Wikipedia article "Facebook ."
Back to Article
/