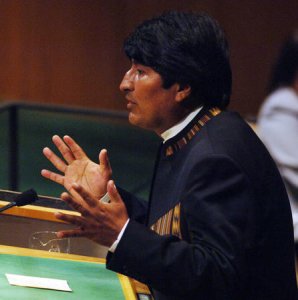 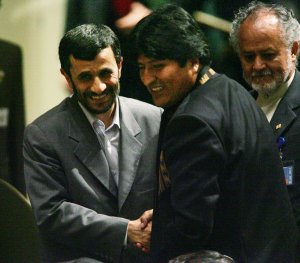 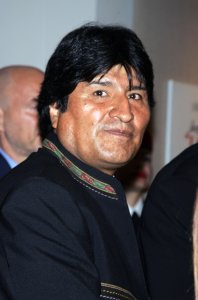 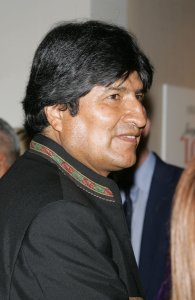 Top News // 2 months ago
The Almanac
On Oct. 26, 1942, Allied troops moving through the Egyptian front captured 1,450 Axis prisoners and pulverized the enemy line.

World News // 1 year ago
Evo Morales accepts asylum in Mexico
Former Bolivian President Evo Morales said Monday that he is leaving for Mexico after the country accepted his request for asylum.

World News // 1 year ago
Bolivia appears headed for run-off vote as Morales fails to secure outright victory
A run-off election seemed all but assured as President Evo Morales failed to receive more than 50 percent of the vote or a 10 percent margin over the second-place finisher, former president Carlos Mesa. 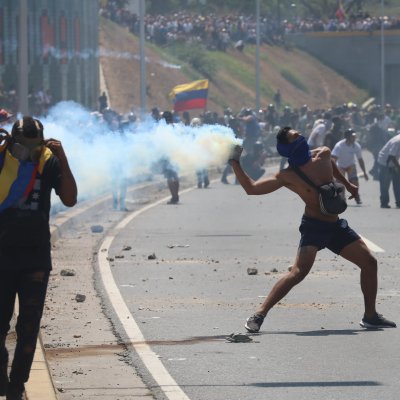 World News // 1 year ago
Bolivia's Morales to discuss gas, nuclear projects during Russia visit
Bolivia's President Evo Morales will travel to Moscow in July to seek closer cooperation between Gazprom and his country's state gas industry, among other issues.

This incident is uniting us more and more every day

Thanks to help from our brothers from Venezuela and Cuba, today we are eradicating illiteracy in our country

We do not want people here who conspire against democracy

Juan Evo Morales Ayma (born October 26, 1959), popularly known as Evo (Spanish pronunciation: ), is the 80th and current President of Bolivia, having held that position since 2006. Politically a socialist, his presidency has also seen a focus on implementing socialist policies in the country, introducing land reforms, nationalising various key industries and opposing United States and corporate involvement in the country's politics.

Born into a working class family in Isallawi village in the Orinoca Canton, Evo is of native Aymara descent. Initially pursuing various manual jobs such as llama herding, he eventually settled into growing coca, becoming actively involved in the cocalero movement, the coca growers' trade unions.

Morales was first elected President of Bolivia on December 18, 2005, with 53.7% of the popular vote. Two and a half years later he substantially increased this majority; in a recall referendum on August 14, 2008, more than two thirds of voters voted to keep him in office. Morales won presidential elections again in December 2009 with 63% and continued to his second term of presidency.

FULL ARTICLE AT WIKIPEDIA.ORG
This article is licensed under the GNU Free Documentation License.
It uses material from the Wikipedia article "Evo Morales."
Back to Article
/