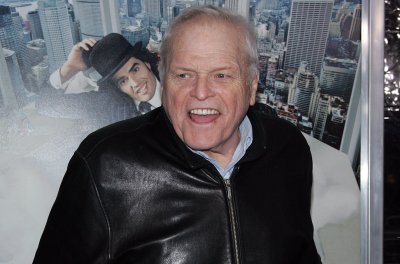 Top News // 4 years ago
The Almanac
On Oct. 16, 1962, President John F. Kennedy was informed that reconnaissance photographs had revealed the presence of missile bases in Cuba. This marked the start of the most fraught 13 days of the 20th Century, the beginning of the Cuban Missile Crisis.

Entertainment News // 5 years ago
Forest Whitaker's 'Hughie' gets opening date on Broadway
Forest Whitaker will make his Broadway debut as the star of the revival of Eugene O'Neill's 'Hughie' starting in early February, it was announced Thursday.

Eugene Gladstone O'Neill (October 16, 1888 – November 27, 1953) was an American playwright, and Nobel laureate in Literature. His poetically titled plays were among the first to introduce into American drama techniques of realism earlier associated with Russian playwright Anton Chekhov, Norwegian playwright Henrik Ibsen, and Swedish playwright August Strindberg. His plays were among the first to include speeches in American vernacular and involve characters on the fringes of society, where they struggle to maintain their hopes and aspirations, but ultimately slide into disillusionment and despair. O'Neill wrote only one well-known comedy (Ah, Wilderness!). Nearly all of his other plays involve some degree of tragedy and personal pessimism.

O'Neill was born in a Broadway hotel room in Longacre Square (now Times Square), in the Barrett Hotel. The site is now a Starbucks (1500 Broadway, Northeast corner of 43rd & Broadway); a commemorative plaque is posted on the outside wall with the inscription: "Eugene O'Neill, October 16, 1888 ~ November 27, 1953 America's greatest playwright was born on this site then called Barrett Hotel, Presented by Circle in the Square."

He was the son of Irish immigrant actor James O'Neill and Mary Ellen Quinlan. Because of his father's profession, O'Neill was sent to a Catholic boarding school where he found his only solace in books. O'Neill spent his summers in New London, Connecticut. After being suspended from Princeton University, he spent several years at sea, during which he suffered from depression and alcoholism. O'Neill's parents and elder brother Jamie (who drank himself to death at the age of 45) died within three years of one another, not long after he had begun to make his mark in the theater. Despite his depression he had a deep love for the sea, and it became a prominent theme in many of his plays, several of which are set onboard ships like the ones that he worked on.

FULL ARTICLE AT WIKIPEDIA.ORG
This article is licensed under the GNU Free Documentation License.
It uses material from the Wikipedia article "Eugene O'Neill."
Back to Article
/