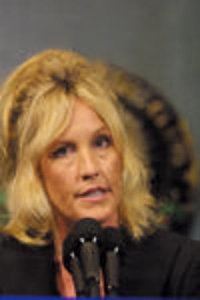 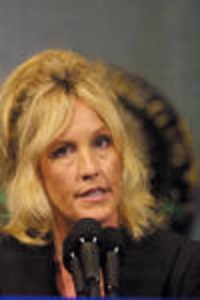 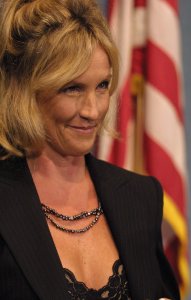 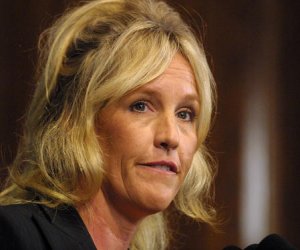 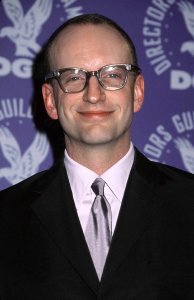 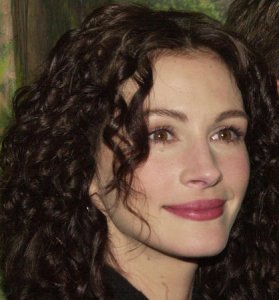 TV // 10 months ago
Brie Larson to star in new Apple drama 'Lessons in Chemistry'
Brie Larson will executive produce and star in a new drama series for Apple TV+.

TV // 11 months ago
Julia Roberts and Reese Witherspoon team up for Apple TV+ series
Apple TV+ announced Julia Roberts will star in their series adaptation of the upcoming book "The Last Thing He Told Me."

Entertainment News // 1 year ago
Conchata Ferrell from 'Two and a Half Men,' 'Mystic Pizza' dead at 77
Actress Conchata Ferrell has died following complications after a heart attack, her family said. She was 77.

TV // 1 year ago
Katey Sagal to headline ABC drama 'Rebel'
Katey Sagal has signed on to star in ABC's "Rebel," a new drama loosely based on the life of activist Erin Brockovich.

Erin Brockovich-Ellis (born June 22, 1960) is an American legal clerk and environmental activist who, despite the lack of a formal law school education, or any legal education, was instrumental in constructing a case against the Pacific Gas and Electric Company (PG&E) of California in 1993. Since the release of the film that shares her story and name, she has hosted Challenge America with Erin Brockovich on ABC and Final Justice on Zone Reality. She is the president of Brockovich Research & Consulting, a consulting firm. She is currently working as a consultant for Girardi & Keese on the east coast, the New York law firm Weitz & Luxenberg, which has a focus on personal injury claims for asbestos exposure, and Shine Lawyers in Australia.

She was born Erin L. E. Pattee in Lawrence, Kansas to Frank Pattee, an industrial engineer and Betty Jo O'Neal-Pattee, a journalist. She attended Lawrence High School then Kansas State University in Manhattan, Kansas, and graduated with an Associate in Applied Arts Degree from Wades Business College in Dallas, Texas. She worked as a management trainee for Kmart in 1981 but quit after a few months and entered some potentially lucrative beauty pageants. After winning Miss Pacific Coast in 1981, she gave up pageant life. She has lived in California since 1982.

FULL ARTICLE AT WIKIPEDIA.ORG
This article is licensed under the GNU Free Documentation License.
It uses material from the Wikipedia article "Erin Brockovich."