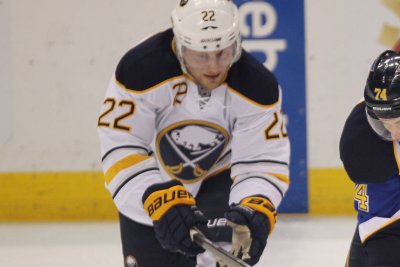 NHL // 1 year ago
Palmieri, Devils try to continue hot start vs. Sharks
NEWARK, N.J. -- The New Jersey Devils began last season with a blistering start out of the gate en route to their first playoff appearance since 2012.

Sports News // 2 years ago
Penguins face Senators, aim for home-ice advantage
PITTSBURGH -- If things had fallen a certain way for the Pittsburgh Penguins, their regular-season finale Friday night against the Ottawa Senators at PPG Paints Arena would provide a chance to relax, give their key players light minutes.

Erik Karlsson (born May 31, 1990) is a Swedish professional ice hockey defenceman, currently playing for the Ottawa Senators of the National Hockey League (NHL). He was selected 15th overall by the Senators in the 2008 NHL Entry Draft.

Karlsson made his Elitserien debut for Frölunda HC on March 1, 2008, recording 8:48 of ice time during a sold out home game in Scandinavium, against league leaders HV71. Karlsson scored the game winning goal, assisted by Tomi Kallio and Magnus Kahnberg, with a slapshot off a faceoff, in overtime during a man advantage. The win secured a playoff berth for Frölunda with three games remaining of the regular season.

Karlsson finished the season with Frölunda's J20 team playing in the J20 SuperElit playoffs, where Frölunda took home the Anton Cup when they won two to one in games against Brynäs IF in the Swedish Junior Ice Hockey Championship final.

FULL ARTICLE AT WIKIPEDIA.ORG
This article is licensed under the GNU Free Documentation License.
It uses material from the Wikipedia article "Erik Karlsson."
Back to Article
/